A family who lost their only son have thrown their weight behind Kent County Council’s Christmas anti drink-drive campaign.

Speaking as the seasonal appeal to motorists in Kent was launched, Pete Funnell launched an impassioned plea to motorists: “Please don’t take the risk this Christmas.”

Mr Funnell’s 19-year-old son Will was killed when the car he was a passenger in spun out of control as the teenager returned from a night out in Maidstone. 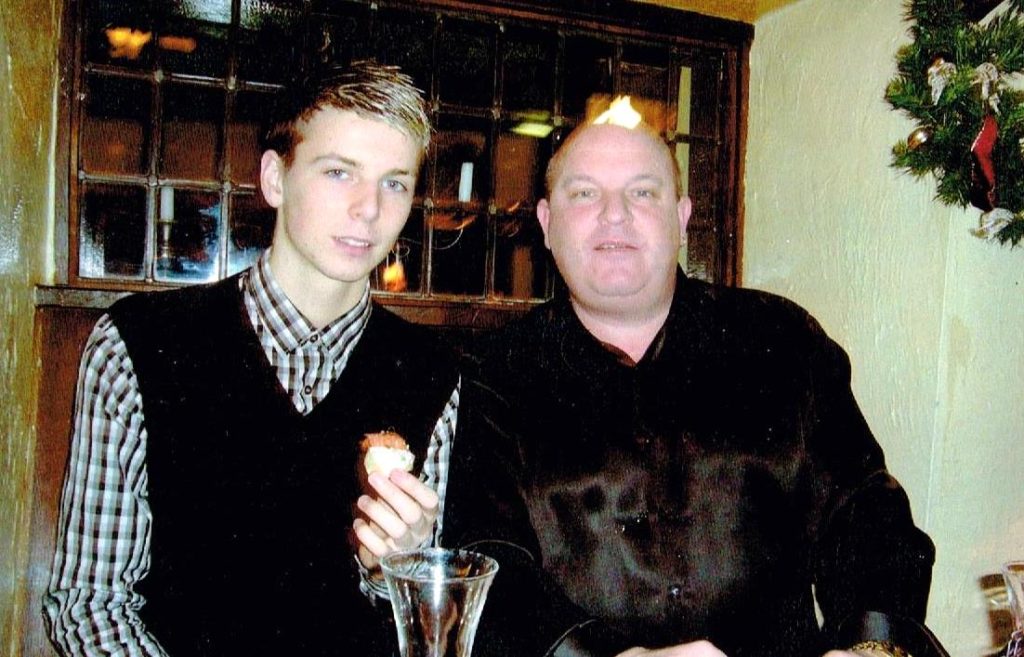 Pete Funnell and his son Will

Instead of taking a taxi, the much-loved teenager agreed to take a lift from a driver who was nearly three times over the legal drink drive limit.

The pair both died when the 21-year-old lost control of the vehicle on the A229 near Linton Hill in August 2013.

This Christmas, as people across the county prepare to celebrate, Mr Funnell has spoken out in the hope others will not make the same tragic mistake as his son.

He said: “It was a split decision to get into the car that night, and it cost Will his life.”

The 51-year-old’s eyes welled up as he recalled how much his 19-year-old son used to love Christmas Day.

But since his death, Mr Funnell and his wife Kate dread this time of year.

Mr Funnell, of Biddenden, Kent, said of his son: “We were like two peas in a pod. He was such a lovely son, the best thing ever.

“He was 1,000 times the man I will ever be. I used to look at him and think, ‘you’re everything I would have wanted to be, popular, charismatic, cool, and good at your work’.

“He loved this time of year and some of our earliest memories of him were when he was opening his presents by the fire as a toddler and when he was older he used to burst with excitement waiting for us to open the gifts he’d bought us.

“Since his death we just can’t bring ourselves to celebrate any more. Without Will there just doesn’t seem to be any point.” 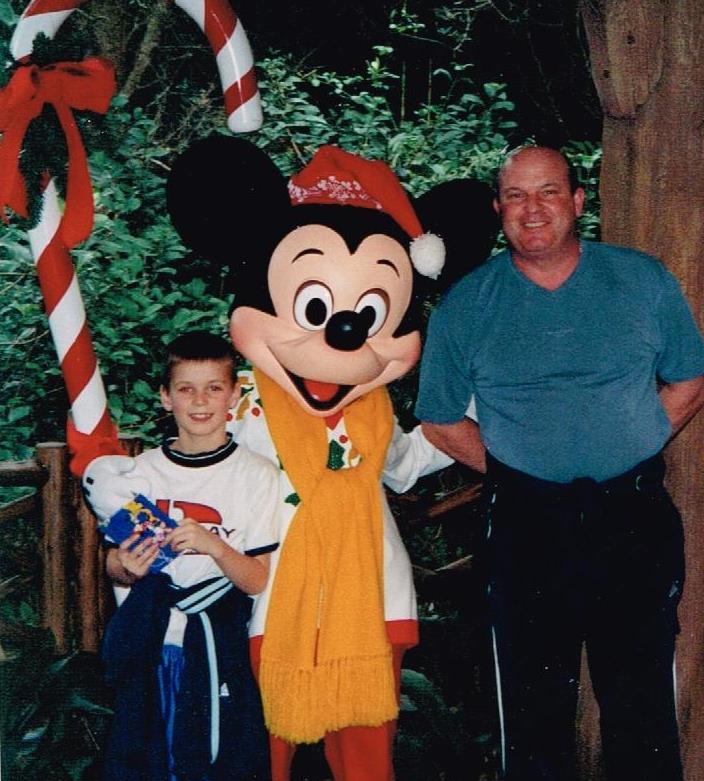 Kent County Council Road Safety Team Leader Vicky Watkins said, “Drivers must understand that its not just those above the limit that are at risk as you don’t have to be drunk to be dangerous.

Just one drink can increase the chances of having a crash, sometimes with tragic consequences for the victims and their families.

“Drivers cannot be sure of the effect drink is having on their reaction times and ability to drive, until it is too late. Even small amounts of alcohol will affect your ability to drive safely.

“My message is simple; if you are driving just consider, is even one drink worth it?

“The penalties on drink drivers can be far reaching. Driving bans and prison sentences can lead to drink drivers losing their jobs, while fines and increased insurance premiums can have a long-lasting financial effect.

“Worse, a drink driver can cause a serious crash and change someone’s life forever. I urge everyone to act responsibly this winter, particularly around the festive and New Year period.”

Mr Funnell, a landscaper, recalled his desperation when he tried to get hold of his son the morning after the crash.

I had a lovely son with everything to live for and then one bad decision and it’s all gone.

“In my heart of hearts at that moment I knew he was in it. Will was killed at 4 o’clock in the morning. I got up at half six, seven o’clock, got to the builder’s merchants at half eight.

“I went up to Will’s house with the building materials and then one of his mates rang. He said ‘is Will with you?’, I said ‘no’. I said ‘don’t tell me he was in that crash. He said ‘no I don’t know where he is’.

“So he had a ring round of their friends and then called me back and asked what colour shirt was Will wearing. He was wearing his pink one.

“I was hoping I was being overly dramatic, and that he would be in hospital hurt, but I really felt inside that he’d been killed.

“I rang the police and I said I think my son has been involved in this crash. They asked me if he had any distinguishing marks so I told them about the tattoo on his arms and on his hands. The policeman called me back and said ‘where are you?’

“I knew then that he was dead. The police officer came to Will’s house and he told me William died at 4.30am this morning in a road traffic crash.

We hate Christmas, we don’t even want to think about it. Drink driving has killed our Christmases.

“We got to the morgue and had to look through a window into a room where Will was lying. His eyes were still open and his hair was all over the place, it was just horrendous.

“He never wasted one minute of his life, he was always doing something, you couldn’t stop him. When he died, I didn’t want anyone to touch his room. I would go in and I would smell his clothes.

“This is the heartbreak of it. It’s terrible when someone loses their life, but we’re left behind picking up all the pieces. When someone as young as that dies, people still ring up asking to speak to him about credit cards or saying we believe he was involved with a crash.

“It’s not just youngsters, at Christmas we are all going to have a drink, or a party, parents, grandparents.

“So do you want to go and drink, drive your car this Christmas and risk killing yourself, killing someone else and ruin other people’s lives, other people’s families? Drink driving does destroy lives.

“I had a lovely son with everything to live for and then one bad decision and it’s all gone.

“Just don’t take that chance because a car is not a toy, and it will hurt you very quick and very easily. We all think we’re invincible, we all think we can handle a couple of drinks and then drive, but you can’t.

“How do you think our Christmases are now? We don’t have any cards up, we don’t have presents, no lights up, no decorations, nothing.

“Will loved Christmas, we all did and when Will reached a certain age he began to love buying presents, that was what he enjoyed about it. He couldn’t wait to see our faces when we opened the presents he gave us.

“Now we hate Christmas, we don’t even want to think about it. Drink driving has killed our Christmases.

“Last year we tried to have a normal Christmas, but when the day came I just couldn’t face it.

“One of our earliest memories of Will was when he was very young and he had been given a Woody outfit from Toy Story. He just stood in his outfit wearing his new little mask, staring at us.” 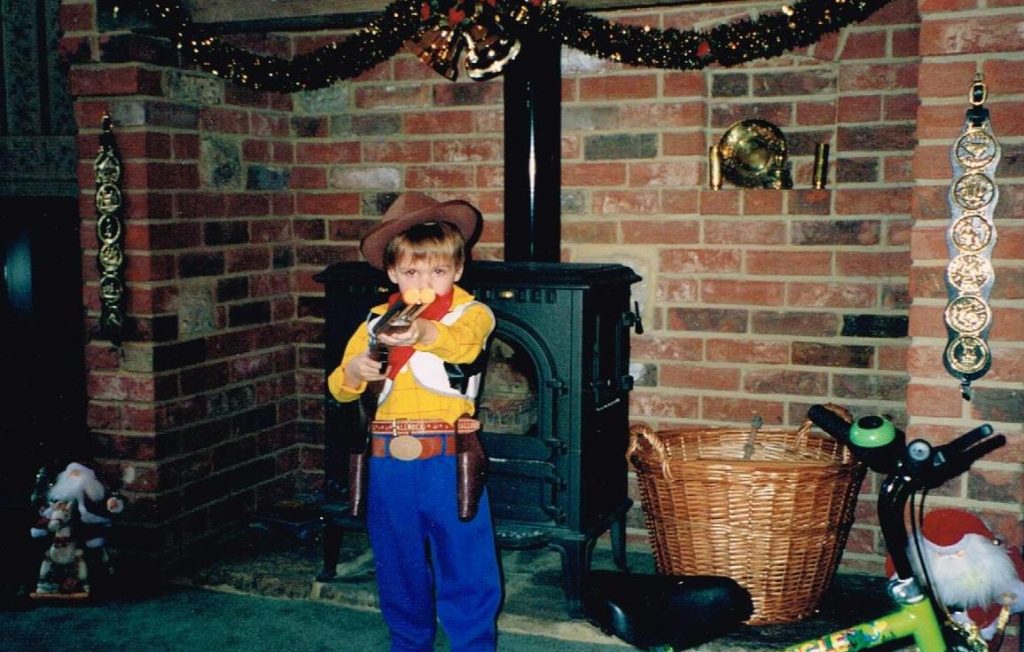 Inspector Sam Pearson from Kent Police’s Roads Policing Unit said: “Drivers should never get behind the wheel if they’ve had alcohol and this is something we remind motorists of regularly, not just at Christmas.

“However at a time of year when many people are out socialising it is important we reinforce the message that driving under the influence of alcohol or drugs puts many people at risk, not just the driver.

“Many lives are lost each year as a result of driving when intoxicated and this is something we want to continue to raise awareness of in the hope we can drive down these incidents and save lives.

“Our message is a simple one – we want everyone to enjoy the festivities, but enjoy them responsibly.”

In December 2015, 191 arrests were made as a result of last year’s campaign where the vast majority of those resulted in a charge.