KCC has responded in strong terms to government proposals for increased housing targets across Kent.

In a letter to the Secretary of State for Housing, Communities and Local Government, KCC Leader Roger Gough and Mike Whiting, the Cabinet Member for Economic Development, challenge the housing numbers for Kent and stress that providing the appropriate infrastructure must precede any major developments.

This is essential, they say, to ensure economic growth for the benefit of residents, communities and businesses across the county.

The letter has been sent to Mr Robert Jenrick in response to the government consultation on its proposals. KCC challenges plans to change the standard method for assessing housing numbers. It says even the most conservative figures highlight an overall increase of more than 30%. They include increases in the targets for new housing of 115% in Dover, 86% in Dartford and 71% in Tonbridge and Malling. 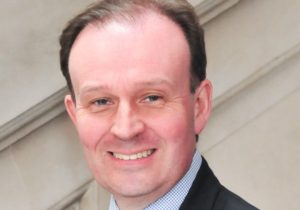 The overall annual requirement for Kent and Medway is already forecast to rise from 7,577 homes a year to 12,073 (a 60% increase) following the current standard method. The proposed changes would increase this by a further 2,835 to 14,908 homes a year.

“Given the genuine planning constraints which do exist in various parts of the county, coupled with the capacity of the market, these figures are simply not deliverable.”

KCC stresses that it supports the Government’s growth ambitions and says the county has consistently delivered more new homes than other local authorities in the south east. Together with the county’s district councils, it is also involved in discussions with the government about an “Infrastructure First” strategy.

It also recognises the government’s commitment to build 300,00 new homes a year.

However, it says the formula behind the new proposals penalises many of the areas across the county which have already delivered significant growth.

And it borrows a phrase used by the Prime Minister in suggesting that the formula looks like a “mutant algorithm”.

The letter says: “The cumulative impact of the proposed changes will dramatically increase levels of housing need to the most alarming, unsustainable levels, and reap further misery on residents, communities and businesses in Kent who are simply not experiencing the benefits of growth.”

It concludes: “We are fully aware of the Government’s commitments on housing delivery but we strongly urge you to abandon this latest set of changes to the planning system and meet with us to discuss alternatives which are proportionate, realistic and strive to improve the quality of life for people and communities across Kent.”