Kent County Council is intending to oppose plans for a second runway at Gatwick Airport in order to protect residents in West Kent from “intolerable” aircraft noise.

A paper published today (to be considered at a meeting of the cabinet on 1 December) sets out the position of KCC and details how an increase in over-flights and noise experienced by communities in West Kent has risen to unacceptable levels. The county council will call on Gatwick Airport to put in place operational procedures to provide respite for those areas that experience continuous over-flights day and night. 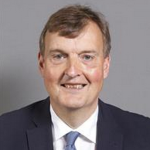 Paul Carter, Leader of Kent County Council, said: “The noise impacts on West Kent from Gatwick’s current single runway configuration are already unacceptable and a potential doubling of these impacts with a second runway would be intolerable.

“In line with the EU Single European Sky initiatives, the National Air Traffic control service has started to implement changes in flight paths, which has brought to our attention two things – a concentration of flight paths over West Kent; and that the number of night flights at Gatwick during the summer period is three and half times those coming in and out of Heathrow, which is a massive issue.

“This change in flight paths has been intolerable for a significant number of residents in that area and brought us to the conclusion that if they are going to pursue this policy in line with the EU Single European Sky initiatives, expansion of this airport and expansion of night flights must not happen.“

Affected residents have reported that overflights have recently risen from 10 – 20 flights-a-day to a maximum of 150. 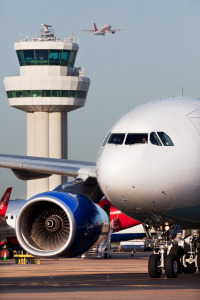 “It is quite clear that residents in West Kent are already suffering from significant levels of disturbance as a result of increased air traffic over the last few years and the recent changes in flight paths,” Paul Carter said.

“We want Gatwick to provide respite for these residents by varying flight paths – and have met with the airport’s chief executive to discuss this. We want Gatwick and the NATS air traffic control service to re-design the airspace to include the use of multiple arrival and departure routes, to provide predictable, rotating respite, and spread the burden of over-flight more equitably between communities.

“Also, the current number of permitted night flights is simply unacceptable and has resulted in a massive increase in the number of complaints from residents whose quality of life has been disrupted.

“We want the Department for Transport to reduce the night movement limit at Gatwick to at least a level that is comparable with Heathrow.”

Paul Carter said: “Lastly, there is a lack of adequate surface transport infrastructure enhancements to cope with the proposed additional demand and little obvious direct economic benefit to Kent.

“While we recognise the need for additional airport capacity in order to maintain UK PLC’s position as a major international hub, we cannot support Gatwick Airport Ltd’s proposal for a second runway.”