A Kent County Council employee has won a national award for his plan to tackle the educational impact of child poverty during the school summer holidays.

The 35-year-old impressed judges with his Summer Slide project, which focusses on a concept known as Summer Learning Loss – the theory that some children, in particular those from disadvantaged backgrounds, lose some of the knowledge and skills they have acquired the previous term during the summer holidays. 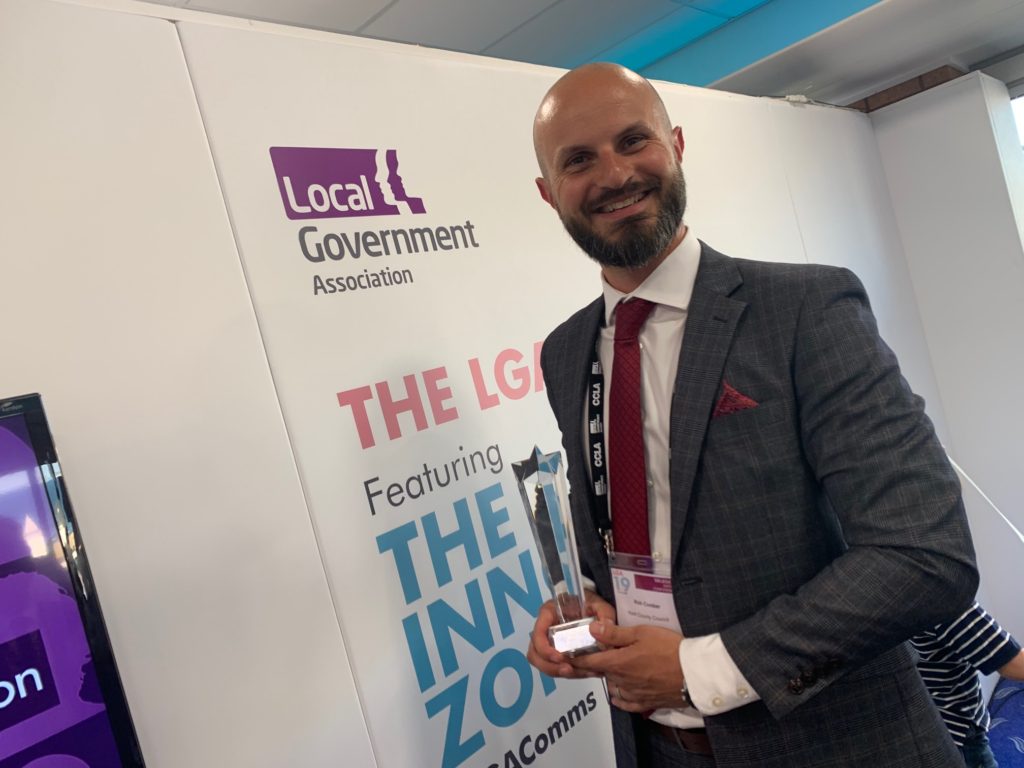 Mr Comber, who lives near West Malling, was awarded a £10,000 Bruce-Lockhart Scholarship at the final last week to get his project off the ground. The late Sandy Bruce-Lockhart was the Conservative leader of Kent County Council from 1997 to 2005 and a former chairman of the Local Government Association. The prize was awarded by Lord Bruce-Lockhart’s widow, Lady Tess Bruce-Lockhart.

The first phase of Mr Comber’s project will involve working with four primary and four secondary schools and Kent Youth County Council to discover the extent of the impact of Summer Learning Loss in Kent. If a summer education enrichment programme is deemed necessary, a summer school will be designed by young people and teachers. It will be delivered by inspiring, high-achieving post-16 students under the supervision of Newly Qualified Teachers (NQTs) and trainee teachers, who will be coached by more experienced teachers. The summer school will cater for about 90 pupils, aged nine to 13, with the potential for more schools if it is successful.

The father-of-two said: “The summer education enrichment programme is for those children and families who feel the pain of poverty on a daily basis. It will focus on education but will be delivered in a creative way.

“Young people will be able to work on passion projects, doing something they are passionate about that will make a difference to their community, such as establishing a community shop or hosting a football tournament. The summer schools will include music, art, sport and outdoor learning and pupils will have the opportunity to focus on using STEM subjects (Science, Technology, Engineering and Maths) across their projects. 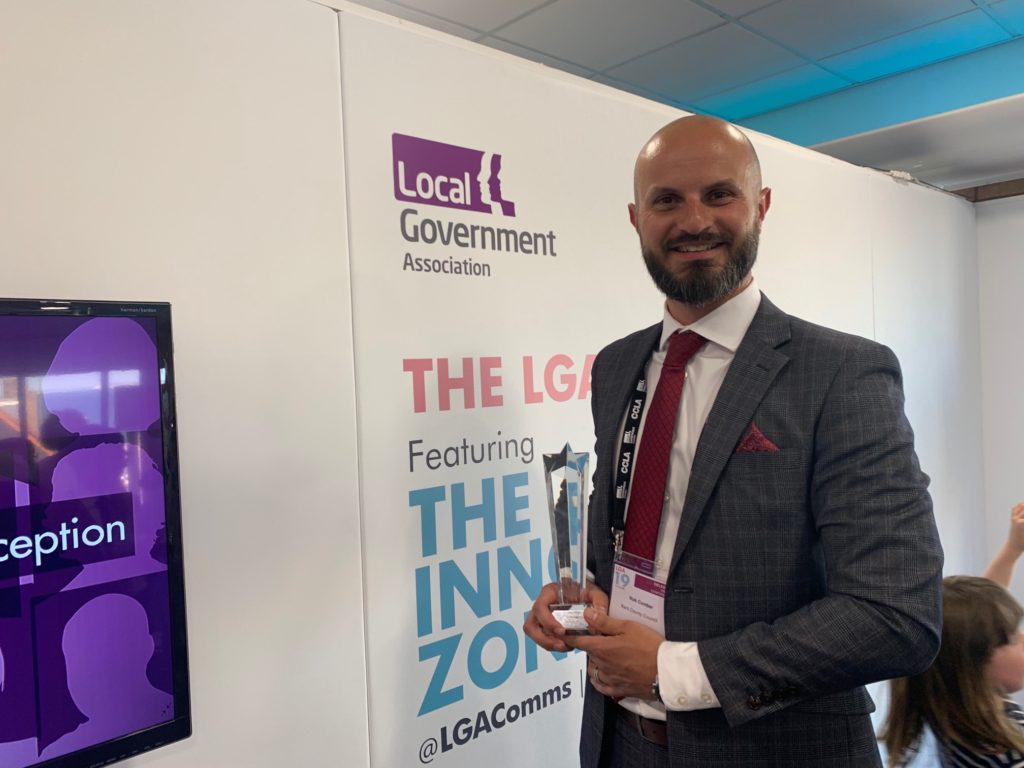 “We will work with schools to look at how to ensure children and young people see the summer school as a reward, rather than a criticism of them. As they will be designed by young people it should feel like something other young people want to do.

“The LG Challenge was a fantastic career development opportunity, a mix of real problems faced by councils across the country, hard work, creative problem solving and opportunities to work with, and learn from, talented individuals across local government.”

Vulnerable families who could benefit from taking part in the project will be identified and targeted through partnership working with schools. Eventually, Mr Comber plans to work with other agencies and hopes to provide free food to children who would receive Free School Meals during term time.

Another KCC employee, Senior HR Business Advisor Katy Smith, was also chosen to take part in the Local Government Challenge and competed alongside Mr Comber and the eight other hopefuls.

Leader of Kent County Council, Paul Carter, was on the Local Government Challenge judging panel. He said: “Rob’s presentation, stand and project were outstanding and he was a much-deserved winner. We look forward to seeing his project come to life and the outcomes it brings for disadvantaged children.”

The ten competitors in the Local Government Challenge, selected from Local Authorities around the country, took part in five two-or-three-day challenges, at five different councils, based on real scenarios. They were given scores for their contribution during all challenges. For the final challenge they were asked to present their own project idea.