A group of Kent County Council apprentices is hoping to have moved a step closer to scooping a national title after raising almost £1,500 for charity.

The team of nine is taking part in the Brathay Apprentice Challenge which sees hundreds of youngsters competing to be crowned the best in the country.

As part of it, participants have to complete two different projects – one to raise awareness about apprentices and one to get involved in their community. 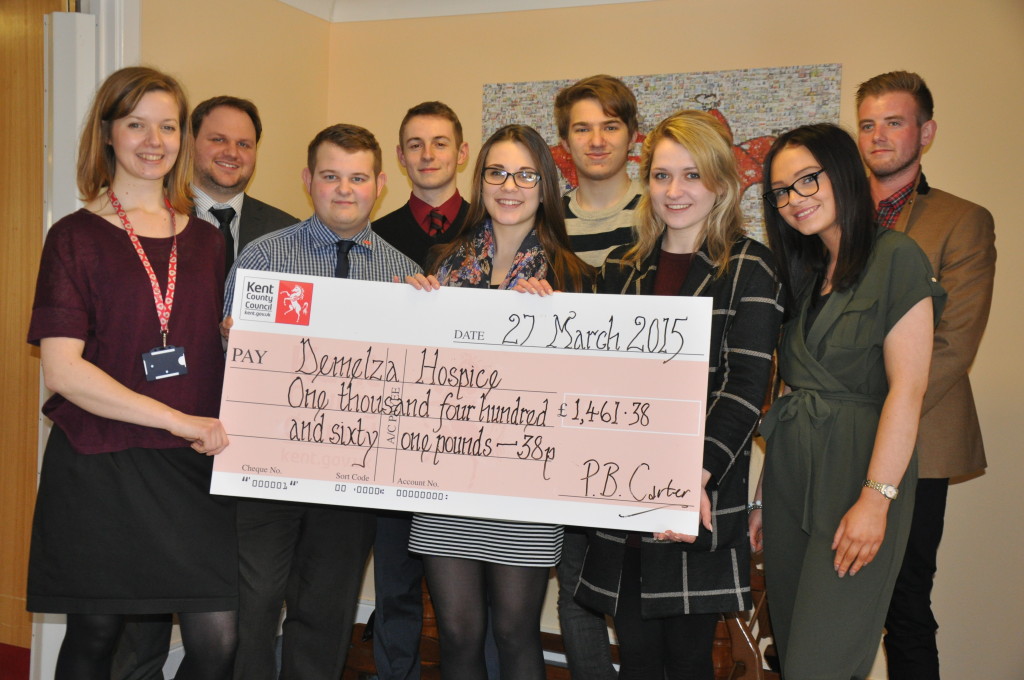 During the raising awareness stage the apprentices have engaged with over 650 young people and approximately 50 employers over 12 events helping to spread the apprenticeship message.

For the community side, the KCC team has opted to support Demelza Hospice Care for Children, which is based in Rook Lane, Bobbing, near Sittingbourne.

Last month they organised a quiz night which took place at the Weald of Kent Hotel in Headcorn.

More than 70 people went along and altogether it raised £1,461 from ticket sales, a raffle and bucket collections.

The KCC team is made up of apprentices from across different departments who live in various parts of the county.

Eight teams will go through to the national finals, which will be announced in May.

Maidstone resident Alice Beeken, who is a planning technical support apprentice, said they wanted to support a local charity for their community project.

The 21-year-old said: “Several members of our team had previous experience with Demelza.

“After doing some research and learning more about the fantastic work they do to benefit young people and their families across Kent and surrounding areas, we were in unanimous agreement they should be our chosen charity.

“We are all enjoying taking part in the challenge as it gives us opportunities to develop skills in areas which we would not come across in our day-to-day jobs.

“Although there have been difficulties balancing the challenge with already heavy workloads, it has been a worthwhile experience.”