A young man who was offered an apprenticeship at Kent County Council is set to complete it early and has been given a festive reward in recognition of his efforts.

Louis Broad was 18 when he started his apprenticeship in the council’s Business Management and Client Relationships team.

He works as a business support assistant, dealing with a number of administrative tasks including processing staff benefits and members’ grants. 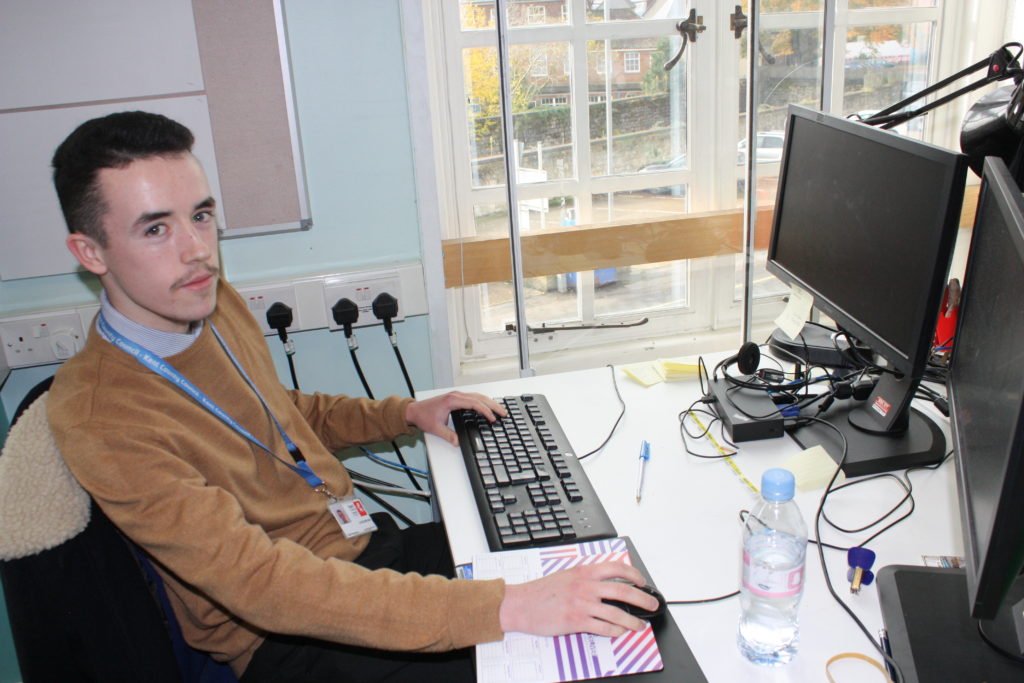 Louis Broad is on course to finish his apprenticeship early

It usually takes 18 months to achieve a Level 3 Certificate in Operational Delivery (Advanced) during an apprenticeship but Louis finished the work, portfolio and assessments for his in just over a year.

As a reward for his hard work, Louis was nominated to attend one of The Chairman, David Brazier’s, Christmas lunches along with five other people from the Engagement, Organisation, Design and Development (EODD) team he works in.

The Chairman hosted the lunch as a thank you to officers in EODD and other teams for their contribution to excellent service.

After studying IT, English Literature and history at Valley Park School in Maidstone, Louis, who is now 20, was looking for career options when he remembered hearing that KCC offered apprenticeships.

He said: “When I left school I wasn’t really sure what I wanted to do but I felt an apprenticeship was right for me. 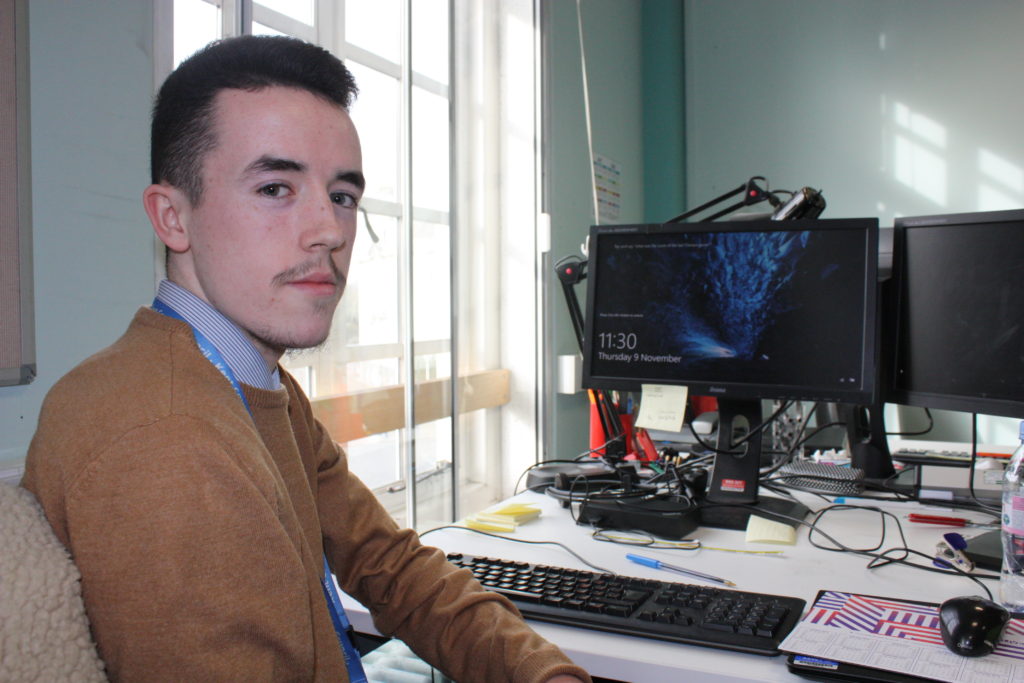 Louis is urging all school leavers to consider an apprenticeship

“It allows you to gain experience in the world of work. You can find out how a business functions and you get to deal with quite a few high-profile things if you show you’re competent. Someone doing a degree at university may not have the same understanding of a business as an apprentice who is actually working there. And I earn while I’m learning.

“I’ve learnt to work as part of a team and I’ve been given my own project – developing a new emails mailbox for my team.

“The administrative skills I have gained will not only be of benefit to future roles but have also helped with activities outside work, especially when it comes to organising gigs for my band, Fortune Favours.”

Louis won’t need to worry about looking for a new job for a while as bosses at KCC have been so impressed with him they’ve offered him a full-time job.

Gill Collins, Business Support and Resources Manager and Louis’ line manager, said: “Louis is a real asset to the team. He has managed his daily workload and I believe the skills he has been studying during his apprenticeship have helped him to do this.”

Louis added: “The apprenticeship has benefited my confidence and given me experience that I will be able to use throughout my career.

“It was good to be recognised by The Chairman for finishing my apprenticeship early and I really enjoyed the Christmas dinner.

“A lot of people, when preparing to leave school, only think about university and don’t consider any other options. It’s important for people to do what’s right for them but I would definitely encourage people to consider an apprenticeship.”

Kent County Council is able to offer apprenticeship training to new and existing staff thanks to an apprenticeship levy introduced by the Government earlier this year.

There are currently 73 apprentices working within the council, in a variety of roles.

Apprenticeships are available, at a variety of levels, in adult care work, business administration and customer service as well as the operational delivery course Louis has completed.

In addition, 50 existing members of staff are taking the opportunity to do apprenticeship training in a wide range of areas including civil engineering, laboratory science, health and social care, digital technology, hospitality, learning and development and marketing.