KCC has a new Armed Forces Champion in Oliver Richardson, who has been performing the same role for Dover District Council for the past 18 months.

Mr Richardson served in the Welsh Guards from 1982 to 93, including service in Northern Ireland, the Falklands and the Gulf War, and has a son in the same regiment at the moment. 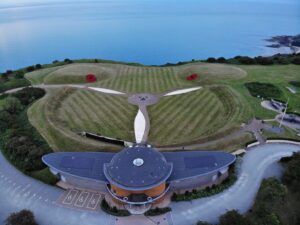 The giant poppies installed at the National Memorial to the Few

He is largely responsible for commissioning the painting of two huge poppies on grass embankments at the National Memorial to the Few at Capel-le-Ferne, near Folkestone, which were the focal point of recent celebrations to mark Armed Forces Week.

Mr Richardson said: “As a former serviceman I am proud and honoured to take on this role for KCC.

“It’s still really important for us all to remember and pay tribute to those who gave the ultimate sacrifice in various wars, but also to support those who survived conflict but continue to suffer the after-effects. 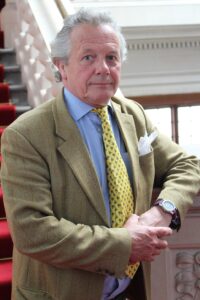 “For example, more Welsh Guardsmen have committed suicide in the last 39 years since the Falklands War than died during it, and we are still losing them – my aim is to help as many members of the Armed Forces as possible to seek help before they take this drastic route.

“Far too many ex-servicemen and women are suffering from various mental disorders and it is important that we support them as much as we can.

“Thankfully there is little conflict at the moment, but we must not forget what has happened in the past and events such as Armed Forces Week and Remembrance Day each November are also opportunities for the British people to show their appreciation for the efforts of our armed forces, their families, our Reservists and cadets.”

The memorial site is open 365 days a year, from 10-5pm until the end of September, and from 10-4pm from November to February.

The giant poppies have been painted with environmentally friendly materials and will gradually fade and disappear over time, depending on the weather