With three shouts so far this winter season and cold temperatures forecast for the rest of the week, Kent County Council is reminding drivers to take care on the roads.

Gritters salt the roads when road temperatures are forecast to drop below zero.

The forecast for the next few days warns Thursday afternoon is likely to see outbreaks of rain  likely to continue through to the evening. 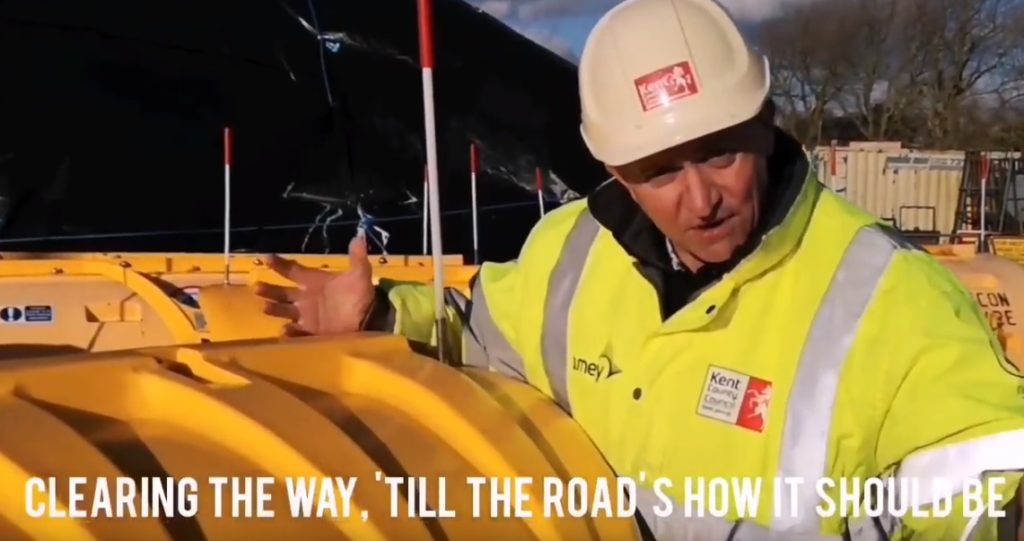 Overnight Thursday the rain will clear to become largely dry and chilly overnight.

Further outbreaks of rain are expected on Friday and Saturday and while chilly nights are expected, road surface temperatures are likely to remain above zero meaning gritting is not required.

A decision on whether to grit the roads is made by road surface temperature (RST) which is not the same as the air temperature. 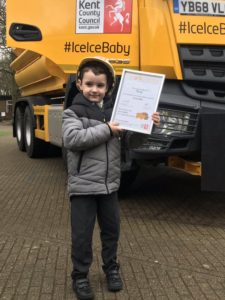 Henry, 5, with his Gritificate, who named Ice Ice Bay.

This year, in 23 lorries, new in-cab technology automates the gritting process to ensure that only the critical areas of the primary network are salted and only with the correct spread rates of salt.

Last year was milder than average with 56 runs completed and one day of snow.

KCC also ran a competition for school children to name the gritters with the winners receiving gritificates and Swingate primary school received a visit from their gritter Ice Ice Baby.

More than 200 children entered the competition with Eddie BI-Izzard, Ice ice baby, Spready Mercury, David Plowie, and Usain Salt, among the names of chosen by children: 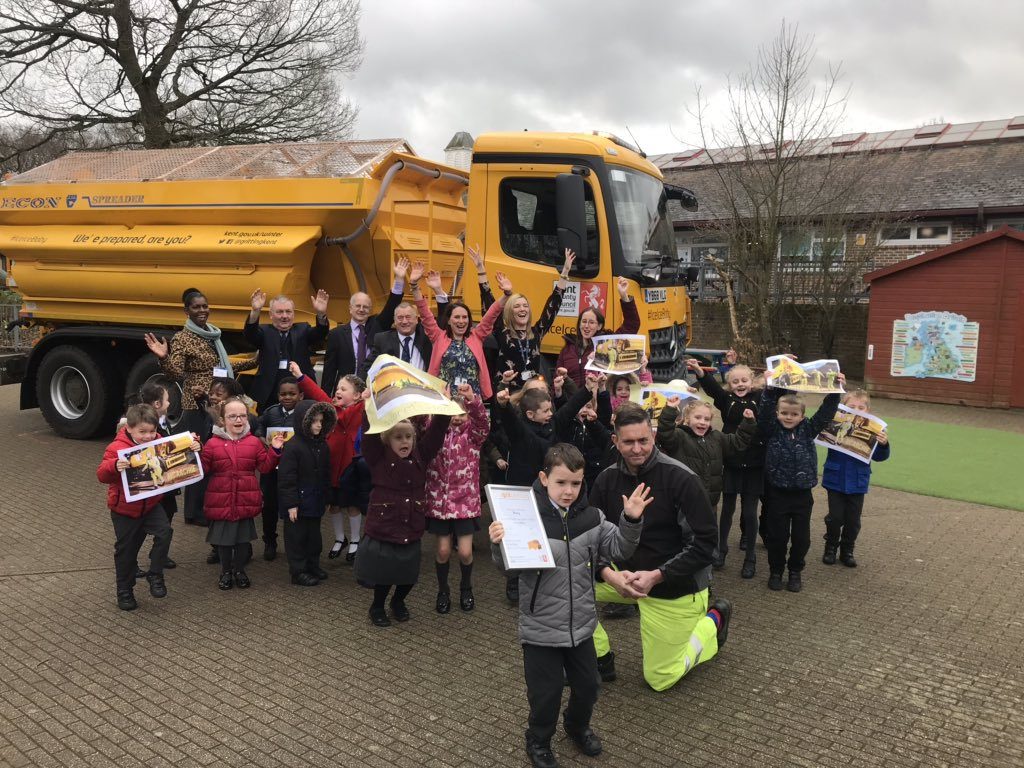 In the event of snow and if there are available resources KCC will consider treating other parts of the network outside the primary network. KCC is not responsible for gritting Highways England roads such as the M20, M2, A21, A2, A249 and A20.

To highlight the work they do, a music video was recorded at the Sandwich depot featuring gritter drivers performing the 90s classic Vanilla Ice song Ice Ice Baby.

Better known by their rap names, they are Master Gary Gee – known for his signature dance move ‘the worm’, MC Archie and MC Vapour.

Kent Highways has 23,000 tonnes of salt held in six depots countywide for distribution.

KCC is backed up by 114 farmers to help plough rural routes during extreme snow. Parish councils are supplied with one tonne bags of a salt/sand mix for use in rural areas in the county.

Unlike roads, KCC is not responsible for gritting pavements but does provide nearly 3,000 salt bins across the county for use by the public. All salt bins have a unique number that will be utilised by the contractor for filling and will assist members of the public to accurately report empty bins.

KCC is urging the public to: