The village school has been expanded from a two-form entry school to a three-form one in response to a need for more primary places in the Swanley and Hextable area.

The site used to be home to separate infant and junior schools and each original building has been adapted to provide bigger, better and brighter spaces for the children to learn in. 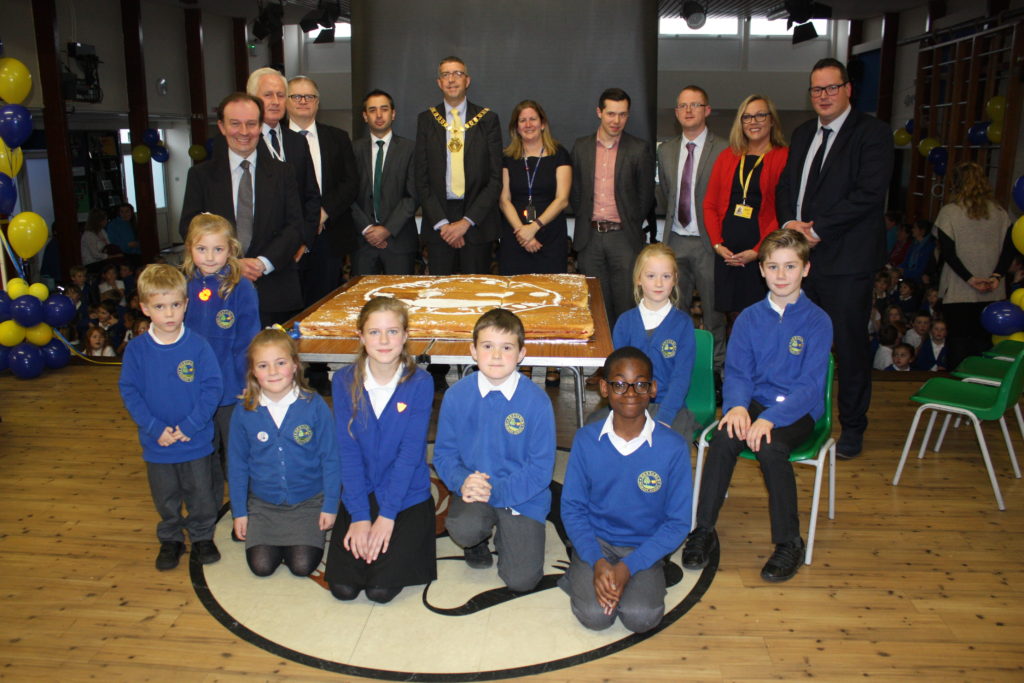 There are now five additional classrooms, a brand new library, complete with a cosy reading ‘den’, and a larger hall, which all the pupils can now fit into.

Pupils have also benefited from a new state-of-the-art MUGA (multi-use games area), which allows them to play a variety of sports and games outdoors.

There is even a designated parking and drop-off area opposite the school to ease the impact of traffic on the surrounding roads.

On Monday (November 20) special guests were invited to Hextable Primary School for a tour of the facilities, led by some of the older pupils.

All the children sang songs before everyone was treated to a slice of celebratory cake, baked by the school’s own kitchen staff.

Roger Gough, cabinet member for children, young people and education, was among guests who were invited to sit on the stage during a special assembly and were introduced to the children by head teacher Mrs Suzie Hall. 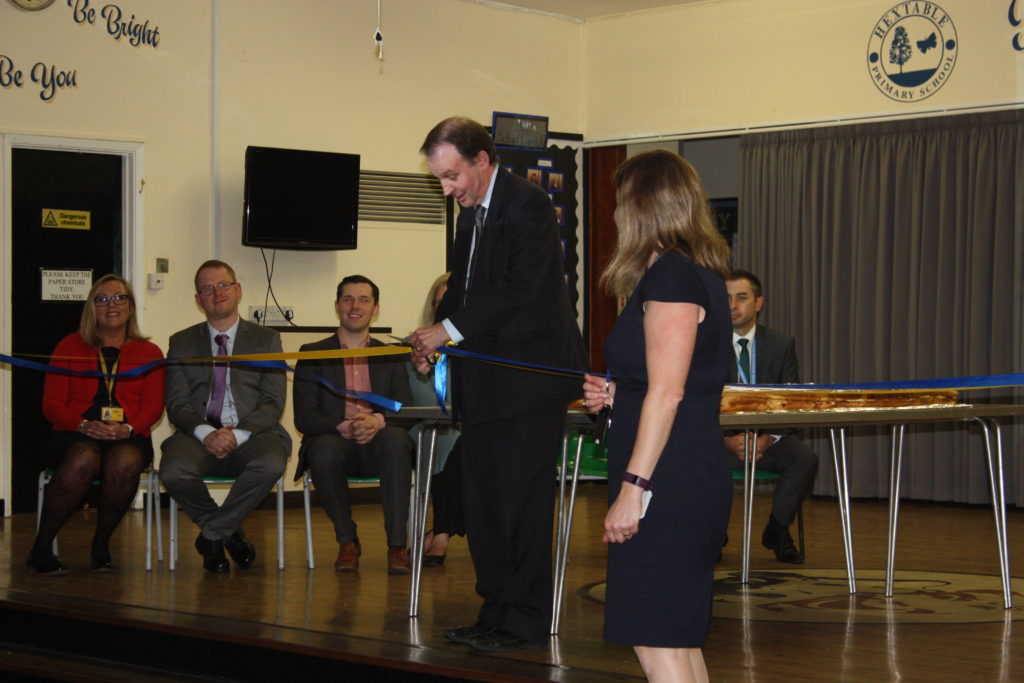 “A few years ago, KCC identified a deficit of primary school places in the Swanley and Hextable area. We needed to react to that deficit and add one form of entry to one of the schools in that area.

“We identified Hextable Primary School as being suitable and have expanded the existing school to cater for 630 pupils rather than the previous 420.

Head teacher Mrs Suzie Hall hailed the opening ceremony a success and said she was very pleased with the new facilities.

She said: “We were delighted to officially declare the expansion of our school open. This included our fabulous new MUGA, which we are very lucky to have as it will be such an asset to the school. 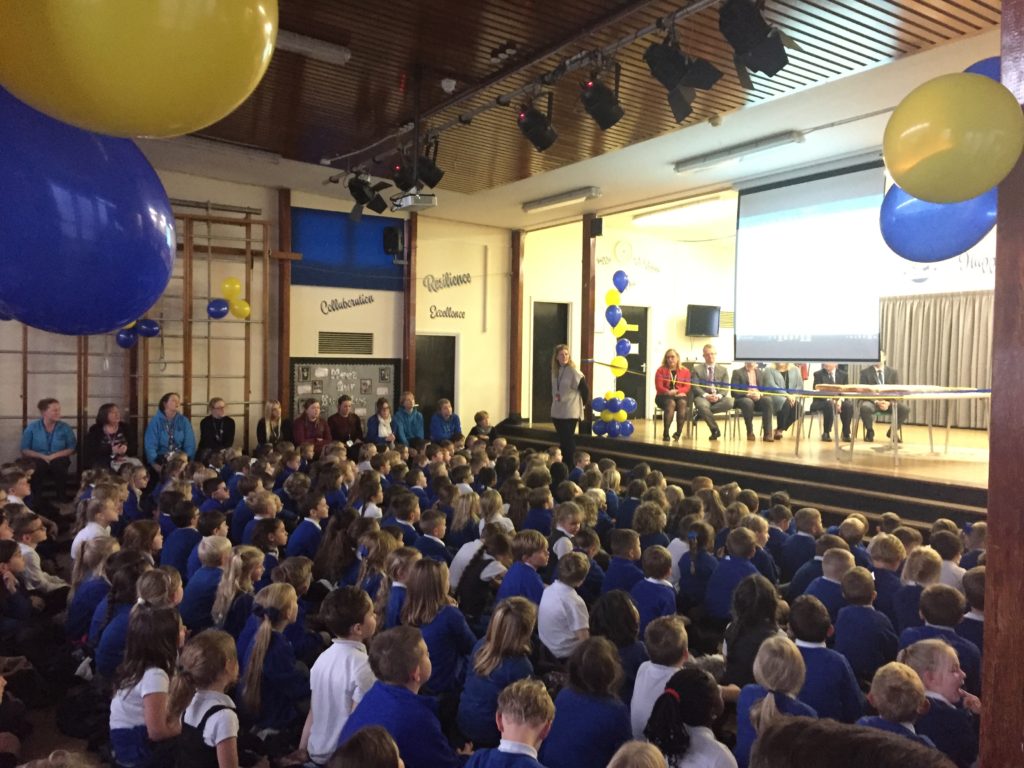 The youngsters sang in a special assembly

“We also have a wonderful new library with cosy corners and a purpose-built den to snuggle up in to read one of our many new books. The expansion also included a community room and five additional classrooms, which teachers and pupils have already settled into. The children have commented on how spacious, light and airy their new classrooms are.

“In addition to this, we were lucky to gain an expansion to our already spacious hall, which can now accommodate all pupils. This will also allow enough space for parents/carers to support their children in various events and performances throughout the year.

“We were joined at our opening ceremony by Roger Gough; Darren Kitchener, chairman of Hextable Parish Council; Ian Watts, our area education officer at Kent County Council; and representatives from Kier Group, the construction company that built the expansion. The children performed two of their favourite songs and our guests were taken on a tour of the school, followed by tea and cake.”