But, at present, heavy goods drivers who clear their online paperwork checks, secure and provide proof of a negative COVID test before crossing into Kent, and plan statutory breaks at designated rest areas, are able to use the faster M20 green lane, reduce the chance of an Inland Border Facility check and congestion, and avoid fines. 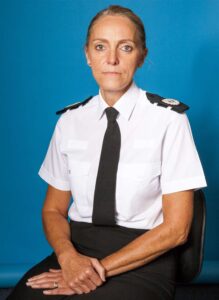 Forum chair Assistant Chief Constable Nix said: “The people of Kent know only too well how much disruption can be caused to their daily lives when HGVs are unable to cross the Channel as quickly as normal – whether it be due to severe weather, industrial action or, as we saw before Christmas, the closure of the French border.

“The Kent Resilience Forum has spent many months planning for the UK’s withdrawal from the European Union, knowing it would take time for everyone to get used to the new customs arrangements.

“The requirement for HGV drivers to also require a negative COVID-19 test result before travelling to France has added another layer of complexity to what was already an intricate traffic management plan.

“It is therefore incredibly important that all HGV drivers obtain a valid Kent Access Permit before entering the county and also park legally if they do need to take a break while here. We would much prefer it if nobody was being fined, because that would mean a much smoother passage through the ports for everyone.

“By planning their journeys in advance and making sure they arrive in Kent with everything they need, the process of exiting the country will be much easier for the HGV drivers themselves too.”

To protect local communities from nuisance lorry parking, a total 192 clamping penalties have been issued since 1 January under new Kent County Council temporary powers granted by government and announced in December.

The enforcement scheme, covering Ashford, Canterbury, Dover, Folkestone & Hythe, Maidstone, Swale and Thanet, is one of a package of measures supporting the KRF’s plans to reduce traffic disruption on Kent roads for local residents in the months following the UK’s departure from the EU.

Simon Jones said: “We know the freight industry is dealing with a range of new border requirements and we are committed to fair enforcement as we work to keep Kent moving.

“I also want to emphasise that truck drivers on their legal rest using dedicated parking areas will not be handed a penalty notice, or have their vehicles clamped.

“To further help hauliers ensure they don’t fall foul of the parking regulations, additional signs have been placed at key locations to make clear when lorries are entering and leaving restriction zones.

“So far, since the start of the year, KCC has fined and clamped 192 lorries under the new powers so I appeal to drivers to not give us a reason to take action – take rest either before arriving in Kent, or at the county’s designated resting areas, and avoid causing serious issues for other road users and residents.”

For drivers needing to rest en route through Kent, HGV parking is available at the following locations:

Further information about the HGV parking ban scheme can be read here: https://www.kent.gov.uk/about-the-council/uk-has-left-the-european-union/travel-and-transport/hgv-parking-ban-scheme/_nocache

Applications for a Kent Access Permit can be made at www.gov.uk/check-hgv-border

The permit is a legal requirement introduced to ensure hauliers have the correct paperwork before sending their drivers into Kent, thereby helping to minimise any potential disruption caused by large numbers of HGVs being denied entry to the EU. Drivers who enter the county without one risk receiving a fine of up to £300.

Haulage companies and HGV drivers wanting information about getting COVID testing before leaving the UK for France can find all the latest details here: https://www.gov.uk/government/news/covid-19-testing-for-hgv-drivers-using-the-port-of-dover-or-eurotunnel

More than 40 haulier advice sites are also operating across the UK, with a full list available at www.gov.uk/guidance/haulier-advice-site-locations