Sports men and women with ambitions to represent Great Britain at future Olympic and Paralympic Games are to be supported in their training with funding from Kent County Council.

Building on the legacy from London 2012, the 42 sportsmen and women represent a range of sports and include disabled and non-disabled performers. They are all from Kent and all have been nominated and recognised by their sport’s national governing body.

This is the ninth year that Kent County Council, via its Sport and Physical Activity Service, has provided this support to top sports performers. Previous recipients have included:

This year there are also a number of athletes who are aiming for selection for the 2018 Commonwealth Games to be held in Australia, including Claire Harvey (Athletics) and Jake Sheaf (Beach Volleyball). 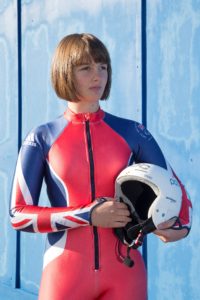 Barbara Cooper, Corporate Director for Growth, Environment and Transport at Kent County Council said: “I am delighted that we are able to support a number of Kent’s talented sports performers with targeted grants and hope that this support will assist them in their future ambitions to be successful at world level competition.

“We are very proud that some of the performers who received and continue to receive support from Kent County Council competed and won medals at the Rio 2016 Games; and I hope that others will be able to follow in their footsteps and feature at major sporting events on the international stage in the next 12 months.”

For further information on Kent’s Talented Performers who have potential to be selected for Team GB or Paralympics GB at the Tokyo 2020 Olympic and Paralympic Games as well as future international competitions please visit:  www.kentsport.org/talent