A former school finance manager has pleaded guilty to committing fraud by abuse of position after spending more than £15,000 on personal purchases using a school’s corporate card.

Emma Taylor, of Stone, Dartford, received a 180-day prison sentence, suspended for two years and 30 days rehabilitation with the probation service. She was also ordered to pay £500 costs and £115 victim surcharge. 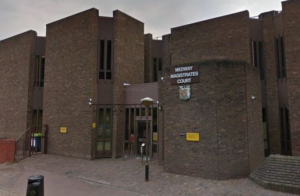 At Medway Magistrates’ Court on Monday (1 February) she admitted committing fraud by abuse of position between 31 January 2017 and 4 February 2019. She repaid the full amount of £15,065 in February 2020, plus an additional £894 that was not included in the criminal investigation.

The court heard that Taylor was employed as a finance manager at Northfleet School for Girls between September 2016 and May 2019.  She was responsible for ensuring that the school’s finances were safeguarded and that processes followed the appropriate financial regulations.

Taylor was provided with a school corporate payment card which was only to be used for items purchased for the benefit of the school.

Kent County Council’s Counter Fraud Team was contacted in February 2019 when the Head Teacher discovered transactions being made over the December 2018 Christmas period with purchases of a designer wallet, Christmas food shopping, meals at restaurants, wine and massages.

The Counter Fraud Team discovered the card had also been used to purchase personal training sessions at a local gym and had paid for body massages at a local beauticians.

“As soon as concerns came to light this matter was reported to the KCC fraud team, leading to a full investigation and prosecution.  The member of staff concerned no longer works at our school and recovery of funds has taken place.”

Richard Long, KCC’s Cabinet Member for Education and Skills, said: “Committing fraud within an education establishment impacts not only the school finances but those that we are trying to educate through a reduction in their available resources.

“My thanks go to the Head Teacher and KCC Counter Fraud Team whose vigilance uncovered this fraud and I am very glad that the school has made a full recovery of the amount stolen.

“This case is a timely reminder that the checking of expenditure occurred on corporate payment cards at all levels is a key financial control to prevent fraud from occurring.”