Currently, at 2pm Sunday July 31, the A20 and A2 continue to flow freely with no reported delays.

Following the severe disruption heading towards Dover last weekend, the roads to the Port of Dover are currently flowing well but it remains a busy time of year.

Those traveling to the continent this weekend are advised to take plenty of food and water and to check with travel operators before making their trips and @HighwaysSEAST on Twitter or highways.gov.uk/traffic-information for travel times.

Kent County Council is warning that disruption may have a knock-on effect to the surrounding area and people should be aware of the impact congestion could have on south east Kent as a whole. 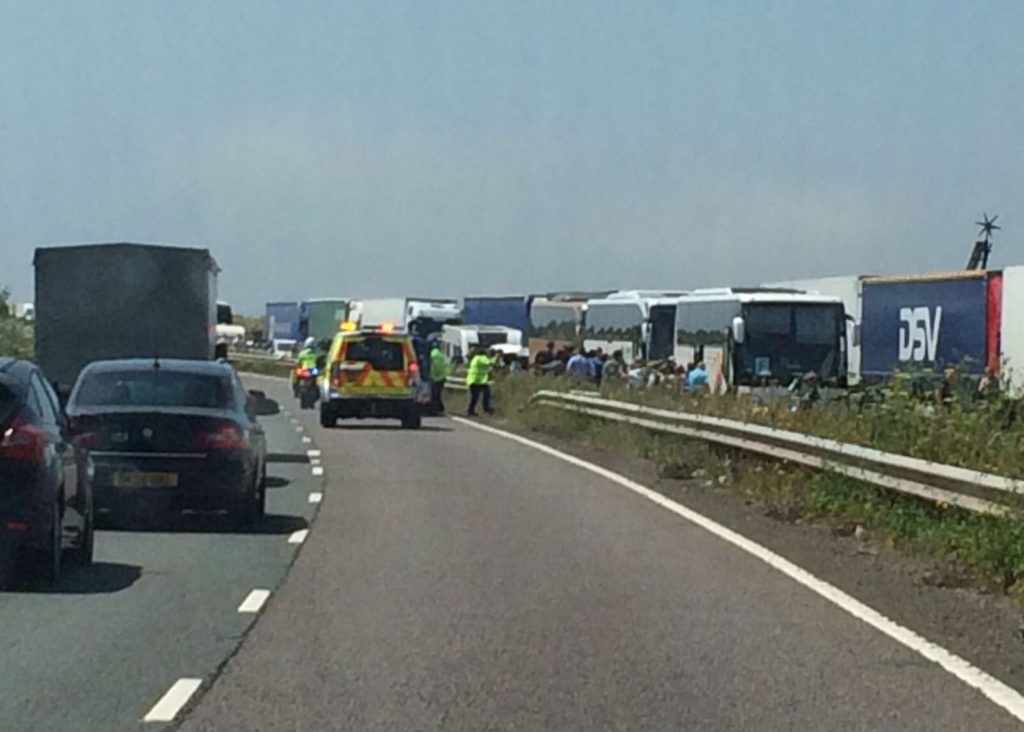 Whilst it was known the summer getaway was always going to be busy, the attacks in Nice could not have been foreseen, nor the rate at which the French border authorities would carry out their checks.

The Port of Dover, which has no authority over French border operations, raised concerns over French manning levels with the UK government earlier last week and the government, in turn, raised the issue with its French counterparts.

Partners worked hand in hand to do all they could to help resolve the situation and help people stuck in the queues.

This work has continued throughout the week, taking on board feedback from those affected to ensure congestion is kept to a minimum this weekend.

The government is working to support the French border authorities to speed up their security checks and has held regular discussions about the variety of pressures faced on both sides of the Channel, especially around the impact of additional passenger numbers over the summer period.

KCC cabinet member for environment and transport Matthew Balfour said: “I have great sympathy for those caught up in terrible conditions over the weekend alongside the people of Kent who were inconvenienced going about their business.

“Whilst it won’t comfort those who were held up, everyone involved in managing the situation worked around the clock to minimise the delays as far as possible.

“Kent County Council headed up the welfare aspect of responding to the situation and delivered thousands of bottles of water over the two days. We are fully stocked and prepared should the need arise again.”

There is enough water in the Dover area to last up to 13 days, and Morrison’s (Dover) have kindly donated 2,000 cereal bars for distribution.

If you require regular medication, please make sure you bring plenty of supplies with you.

For medical emergencies, people should call 999, for non-emergency call 111.

Drivers are advised to:

Drivers urged to be prepared on Kent’s roads this weekend was last modified: July 31st, 2016 by Thom Morris