A new campaign has been launched to remind drivers of their responsibilities to drive safely near School Crossing Patrols.

Social media posts use the faces and stories of real patrollers whose job it is to ensure the safety of children and their parents and guardians as they get to and from school. 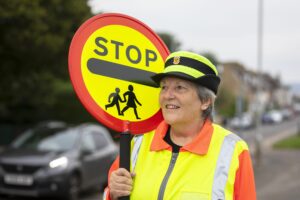 Statistics show that in 2019 there were 24 incidents reported by patrol officers and 23 incidents in 2020 despite patrols not working during lockdowns. Failing to stop was the most common complaint, followed by verbal abuse.

Data also shows there were six crashes at School Crossing Patrol sites between 2017 and 2020.

Denise Bartholomew, who has 25 years of service, patrols the crossing outside Ditton Primary School in Aylesford. She said: “For me the best part of being a patroller is feeling that I am a valued member of our community as well as the school team.

“I am happy to help promote the work of School Crossing Patrols through this campaign and hopefully it might encourage people to consider joining our team.

“My main message to drivers would be to consider their speed when approaching a crossing and when pulling away again.

“I hope the campaign will make drivers aware of how difficult it can be for patrollers on a daily basis and become more considerate by stopping more often and being less impatient if they are waiting to drive away.” 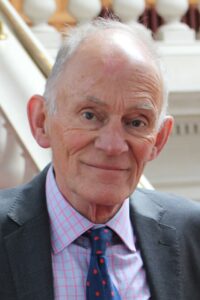 Kent County Council’s Cabinet Member for Highways and Transport, David Brazier, said: “The safety of our children is a top priority, and our crossing patrols have a vital role to play.

“While the number of crashes at our patrols is thankfully low, I am concerned about the number of incidents where motorists have failed to stop and where our officers have received verbal abuse.

“I hope this campaign is able to encourage drivers to support their local patrols while reminding them of their responsibilities to stop when they are told to do so.”

Making sure children are safe near roads is key and KCC remains committed to bolstering recruitment of its School Crossing Patrol officers.

To find more on how you can become a School Crossing Patrol officer, visit www.kent.gov.uk/roads-and-travel/road-safety/school-crossing-patrols or call 03000 422401 or email scp@kent.gov.uk.