A new digital autopsy service in Kent to help determine the cause of death using 3D imaging and computer software has moved a step closer. 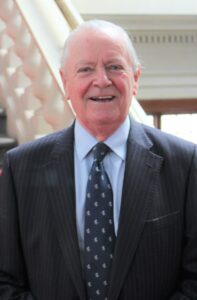 Planning permission has been granted for the facility to be built on KCC’s former transport workshop site in Beddow Way on the Aylesford Industrial Estate.

Autopsy services are currently carried out by the NHS at various locations throughout Kent, using traditional invasive procedures. The proposed development will provide a new centralised, digital autopsy facility which would be a more sensitive, high tech and cost-effective solution.

A CT scanner is used to map the body’s organs and the data is then processed to create a 3D, whole-body reconstruction, from where standard analysis can be carried out.

As well as being a much more sensitive procedure affording greater dignity, the process is substantially quicker, and will address the decline in the number of trained pathologists who are willing and trained to perform invasive post-mortem examinations. While a traditional autopsy can take up to an hour to complete, digital scanning usually takes less than 30 minutes.

The project is likely to cost KCC about £3million, which will be recouped from savings in future years.

The workshop site has been partially mothballed but was previously used for servicing of vehicles, repairs and MOT services together with vehicle workshops, parts storage and ancillary staff accommodation associated with KCC Landscape Services.

The transport workshops themselves were, in the past, part of a redevelopment of the area following the closure of the Aylesford pottery and tile works.

A car park will be provided at the front of the building, with parking for seven cars including two accessible parking spaces, along with the provision of two electric car charging points

The facility will normally be closed to the public, although identification of the deceased by next of kin may need to take place at times. The deceased would arrive and depart by private ambulance to and from the screened compound.

The main operation of the facility is likely to be from 9am to 6pm on weekdays.

Mike Hill, KCC’s Cabinet Member for Community and Regulatory Services, said: “Our staff in the Coroners’ Service have been working with colleagues in the Infrastructure team for some time to bring this project to fruition.

“The granting of planning permission is a major step forward.

“This facility will save time and be more cost-effective for taxpayers, but most importantly it will also be less distressing for the relatives of the deceased.”

Construction of the new facility is expected to begin later this year and take about seven months. Recruitment of the specialist roles involved will begin shortly.