They were discovered on sale through an online auction site and were brought to attention by a Dover resident who received an electric shock when they were plugged into the mains.

Tests revealed the lights were poorly constructed, using inferior components, and leaving access to live parts – the cause of the electric shock. 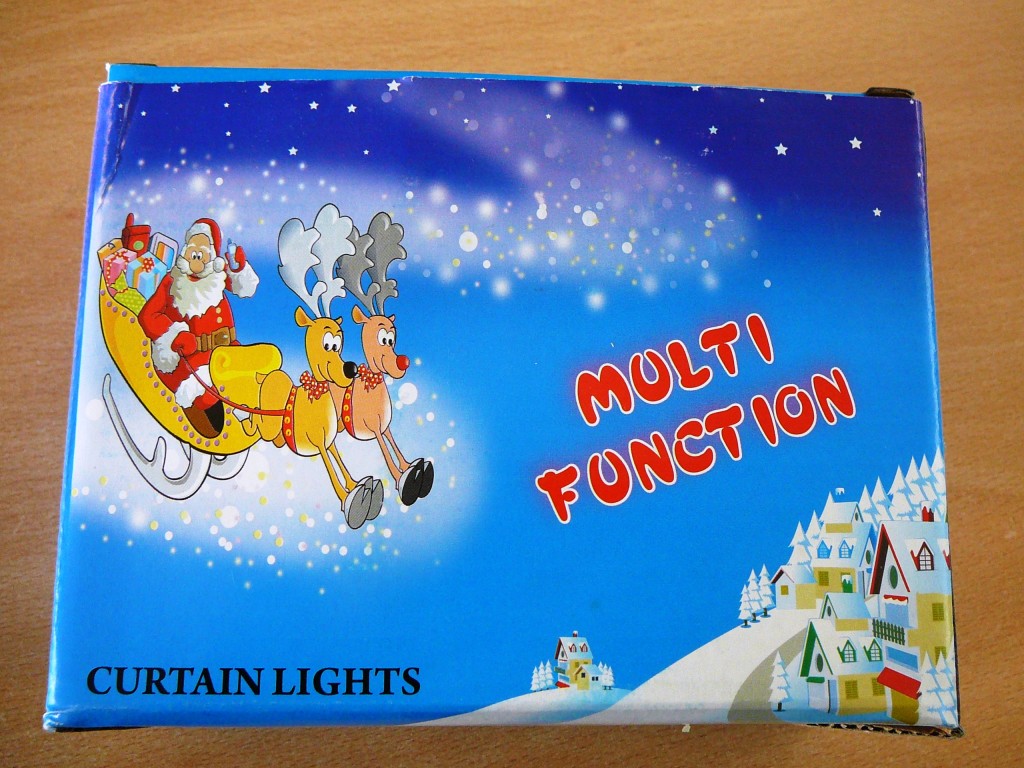 • Wiring should have been blue and brown (live and neutral)– both were black
• Access to live parts due to incorrect wiring into rectifier box
• Supply cord insufficiently strong and snapped when pulled
The box also fails to include the manufacturer/importer details; there is no voltage rating or max wattage rating and there are conflicting instructions, for example – how to change bulbs and then instructions claiming bulbs cannot be changed.

Kent Trading Standards Operations Manager James Whiddett said: “The instructions are poorly written, containing conflicting information, and there is nothing on any of the packaging to indicate who the manufacturer or importer is.

“The instructions and the advertising on the website claim the lights have an IP44 rating, meaning they are suitable for outdoor use.

“Examination and testing has shown that this is simply untrue and use outside would pose very real risks should the lights come in contact with moisture.” 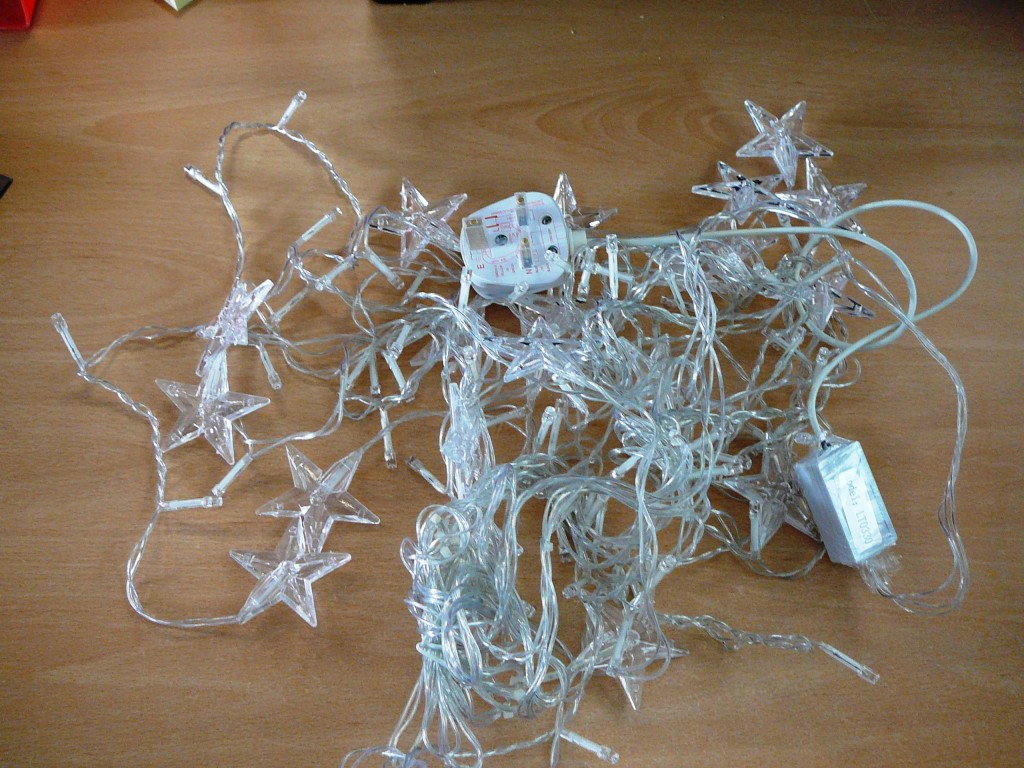 The seller of the lights appears to be based in China and Trading Standards are working hard to identify the importer to get them removed from sale as soon as possible.

It also comes with the carelessly written warning: “Do not install on trees having needles leaves or branch covering of mefal or materlais which look like mefal.”

Kent Trading Standards concluded the lights did not comply with Regulation 5 of the Electrical Equipment (Safety) Regulations 1994. 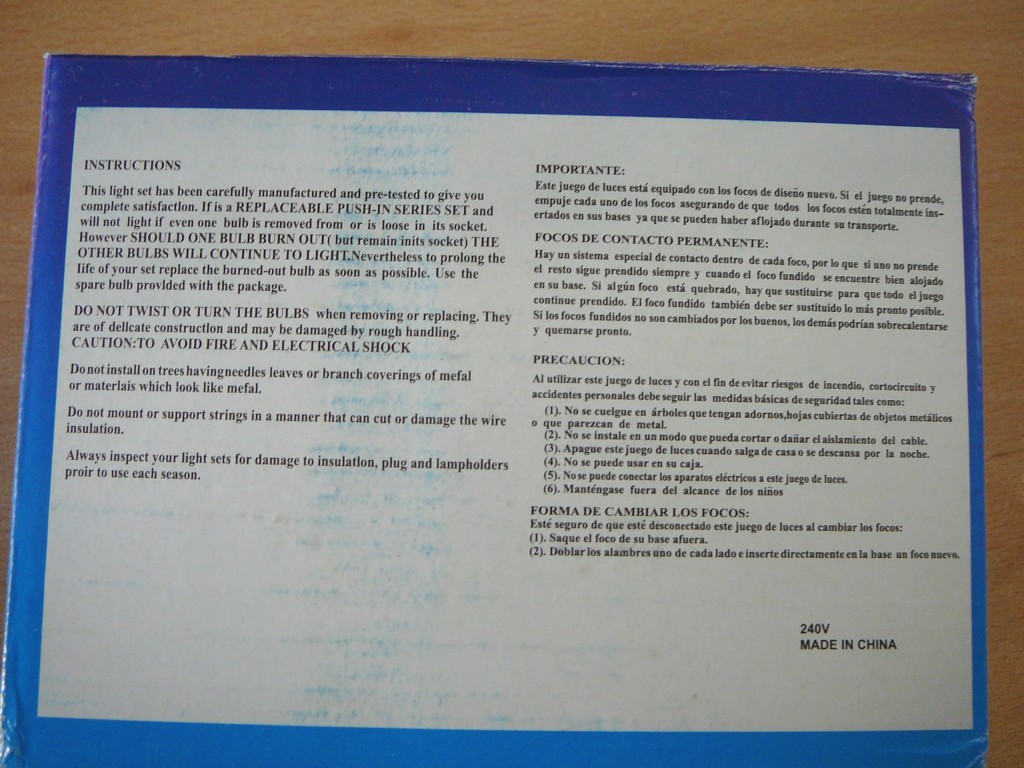