A dangerous hole 39 feet deep that opened up in a suburban street in Thanet has quickly been fixed by Kent County Council.

Within two days, 1,000 tonnes of concrete was pumped into the void on Southwood Road in Ramsgate.

KCC highway engineer Bill Dunbar said: “We had to act quickly on this job and with the coronavirus pandemic, moving people from their homes wasn’t an option. 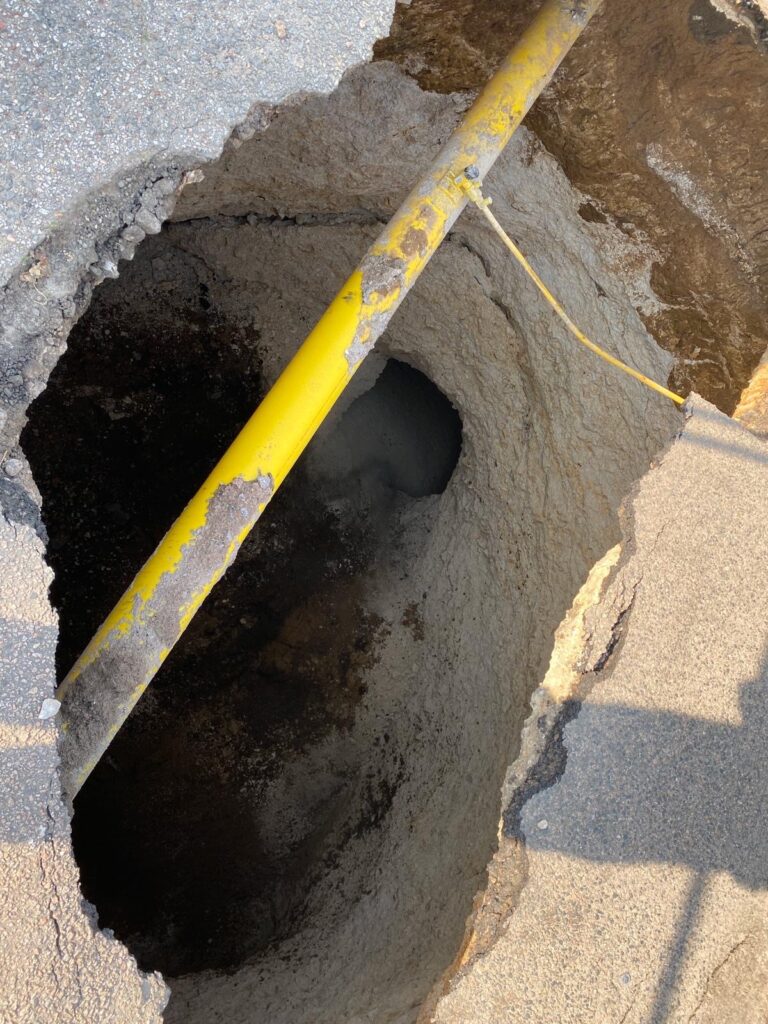 KCC first became aware of a small void on March 20. Southern Water then diverted their pipe and SGN completed their works on the March 27. The hole then got a lot bigger and KCC had to react quickly over the weekend.

“We mobilised our contractors Amey and Grays who acted quickly after Southern Water and SGN made their pipes safe so we could continue work.

“Within the void were three tunnels, all of which were constructed during World War Two and used as air raid shelters from bombing.

“In terms of engineering a fix, it was difficult as we could not get in the hole to block the tunnels so we initially started to fill it with concrete in the hope that the tunnels wouldn’t swallow the mix.

“Two of the three tunnels plugged up fine, but the final tunnel was taking a lot of concrete.

“We then had to consider a different approach and use a range of aggregates to fill the tunnel so the free-flowing concrete would then fill the hole.

“I’d like to say a special thanks to Amey and Grays whose teams worked throughout the whole process day and night to ensure the road was safe”.

Kent County Council will be resurfacing the area shortly. 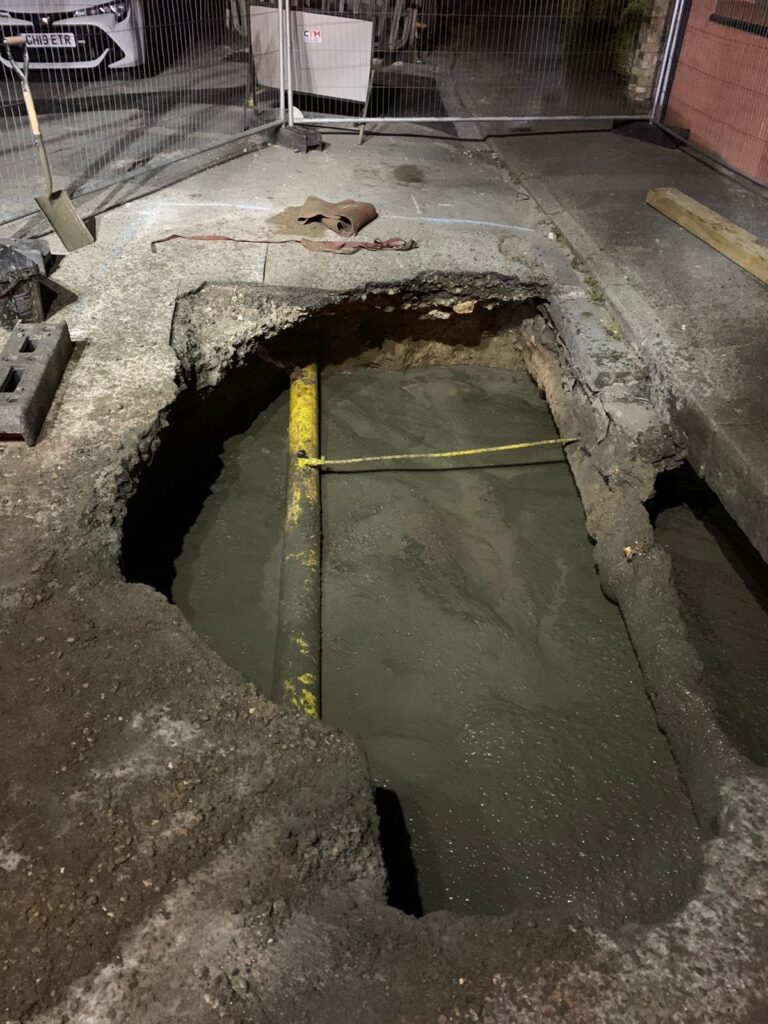