A couple have become the first in Kent to have a civil partnership conversion meaning they are now officially married.

Phil and Ian Collins became the first couple in the county to convert their civil partnership to marriage when they went to Archbishop’s Palace in Maidstone on Wednesday morning.

Phil, 49, and Ian, 42, from Walmer, met through an internet dating site four years ago and have been in a civil partnership since March 29, 2012. 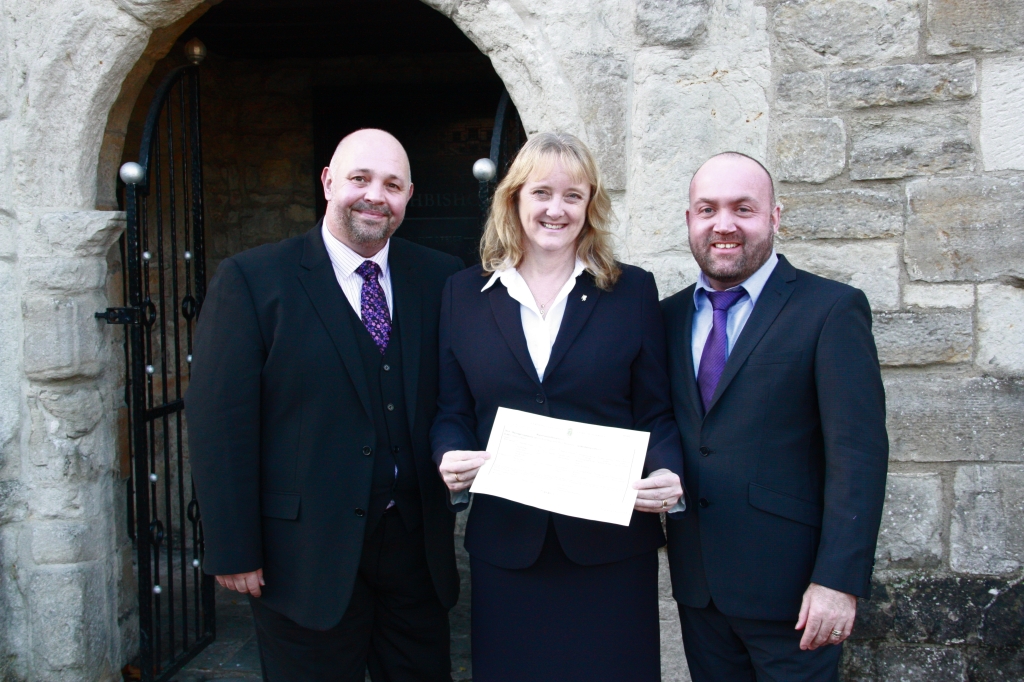 When the first same-sex marriages took place earlier this year, couples already in a civil partnership were not allowed to marry.

Within minutes of the legislation being passed in the House of Lords last month, the couple were on the phone to book the first slot.

Guiding them through the process, which sees their new married status dated back to their civil partnership in 2012, was Kent County Council’s Superintendent Registrar for Kent and Bexley Sharon Birch.

She said: “The legislation in 2005 was brought in for couples to go through a civil partnership but now those couples can go through a conversion and Wednesday was the first day and it is now recognised that Phil and Ian are officially married.

“We’ve got another 49 conversions over the next three days and there are about 100 other couples in the county wishing to convert which we will be doing over the course of the next 12 months.

“It’s also worth mentioning that the government will bear the cost of anyone who had their civil partnership before March 29 this year and covert within the next twelve months.”