Government guidance has been updated after Kent County Council’s Leader and Cabinet Member for Education and Skills wrote to the Parliamentary Under-Secretary of State for Children and Families expressing concern over early years funding during lockdown.

Richard Long, Kent County Council’s Cabinet Member for Education and Skills, said: “Kent County Council welcomes the Government’s decision to update its guidance ahead of Early Years providers submitting their triannual census to the Department for Education this week. Last Tuesday (January 12) KCC Leader Roger Gough and I wrote to Parliamentary Under-Secretary of State for Children and Families, Minister Vicky Ford, urging her to urgently review the guidance given to local authorities regarding payments to Early Years providers. The Government’s proposals for the current Spring term would have had a detrimental impact on settings, many of whom currently have less than 50% of their normal levels of attendance despite being told by the Government they must open to all children, rather than only to vulnerable children and the children of key workers as schools are doing.

“We are therefore very pleased the Government took note of our letter, and those sent by other Local Authorities, and has now announced that when Early Years providers complete their census they can include all eligible two, three and four year olds who are expected to attend the setting rather than only the ones who are currently attending. This will allow KCC to fund settings for a greater number of children thus reducing the financial impact of the COVID-19 pandemic. While this is undoubtedly good news, it is important to remember that for some providers their expected attendance in the Spring term will still not reflect pre-COVID levels, therefore increasing their financial vulnerability. If attendance in Early Years settings increases as the COVID-19 situation improves, and KCC’s funding is still driven by the January census, the funding we will receive from central Government will be insufficient to cover the payments we will have to make to settings, therefore leading to a potential deficit. We await guidance from the Government as to how they intend to deal with this situation.”

Find out more about the Early Years Census here.

Read our previous statement and the full letter below.

Leader of Kent County Council, Roger Gough, and Cabinet Member for Education and Skills, Richard Long, have urged the Government to urgently review the funding guidance for Early Years settings during lockdown.

Speaking today, Mr Long said: “On Tuesday, January 12, Kent County Council Leader Roger Gough and I wrote to Parliamentary Under-Secretary of State for Children and Families, Minister Vicky Ford, urging her to urgently review the guidance given to local authorities regarding payments to Early Years providers. During the first lockdown, Government guidance stipulated that local authorities, such as KCC, could continue to pay Early Years providers for free entitlements for two, three and four year olds, based on the number of eligible children that were registered at the setting rather than those who were attending. A similar arrangement remained in place for the Autumn term and this proved vital for the survival of many nurseries, pre-schools and childminders during what has been an extremely tough time for all. 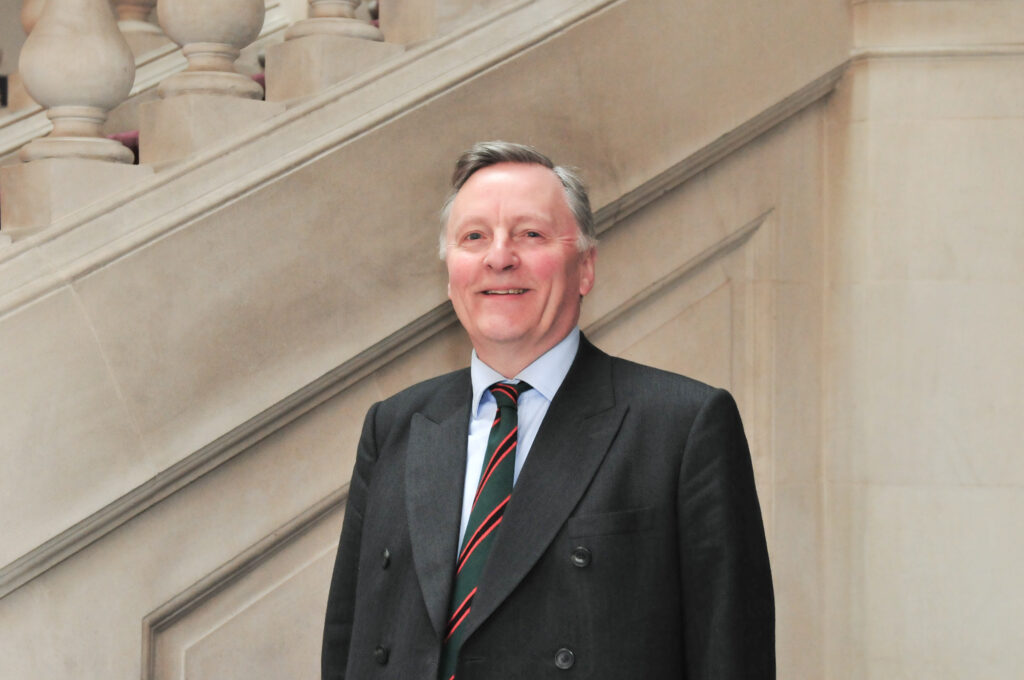 “However, from January 1, 2021, Government guidance states that the funding arrangements would return to normal, as they were before the pandemic, where local authorities would only pay providers for children who attend settings.  Despite the Government asking Early Years providers to stay open to all children – rather than only to vulnerable and key workers’ children as schools have been asked to do – most settings have less than 50% of their normal levels of attendance meaning their funding has, in some cases, halved. We have already been informed that some settings in Kent have permanently closed due to financial reasons as a result of the COVID-19 pandemic and, sadly, there will be more if changes are not made soon. 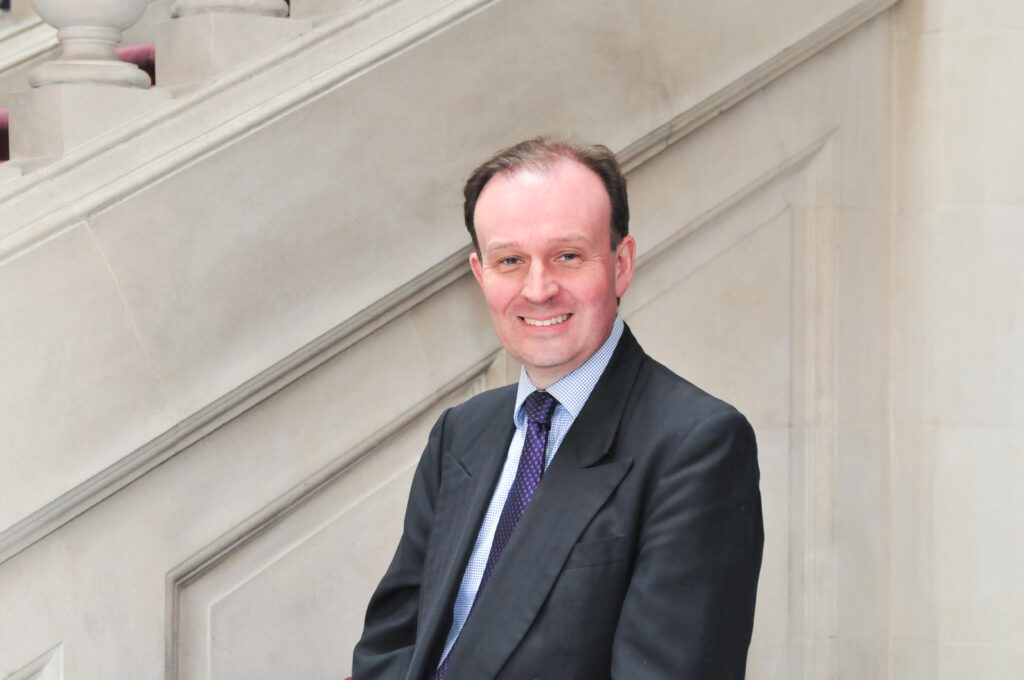 “Although there are some forms of support settings can access, such as the furlough scheme, this is not enough. More measures are needed now to ensure this vital element of the education sector is able to continue looking after Kent’s, and the nation’s, children, allowing their parents and carers to continue in employment, supporting the pandemic response, contributing to the local and national economy, and enhancing their communities.”

We respectfully submit that the Department for Education (DfE) should give urgent
attention to providing revised guidance with regard to payments by Local Authorities to
early years providers. During the first lockdown, guidance was to continue to pay
providers for free entitlements for two, three and four year olds, based on their head
count. Through the autumn period, payment was based on the previous year’s
headcount, recognising that attendance in settings might not have recovered fully, and
this was helpful. However, from 1 January 2020, the funding regime returns to normal,
namely payment based on attendance, and this does not work.

During the current lockdown, Government has asked providers to stay open to all
children, whilst asking the nation to remain at home. Last week, attendance in early
years group settings and with childminders in Kent was 13,899. This compared to
2,259 on 28 May 2019 when lockdown one ended. However, critically for the sector, it
is less than 50% of the normal levels of attendance, which in Kent usually exceeds
30,000 children. Indeed, on 3 December, when infection rates in Kent were impacting
on attendance, 27,175 children attended provision.

We appreciate that providers are able to access the furlough scheme, and that last year
some, but not all, were able to access other forms of financial support. However, for
many settings it is simply not feasible to deliver a service to all who wish to attend with
reduced funding both from the state and parents. The sector simply does not have the
financial reserves left to weather another storm.

It is a statement of fact that the way this sector is being treated currently is different
from how other parts of Government are dealing with market sustainability. The DfT
and DHSC for example, have recognised that financial support, for both the transport
and social care sectors respectively, are critical to ensuring market sustainability both
now and as a key plank for the nation’s economic recovery. Without an urgent change
in position, the longer-term sustainability of the sector and the success of the economic
recovery is in jeopardy. We have already been informed of settings permanently
closing. Our Brokerage Service is receiving an increasing number of calls. Urgent help
is needed. Local authorities have not received specific government funding from DfE in
the way we have from DfT and DHSC to support market sustainability and are not in a
position to make such payments to the sector from our own resources.

A solution also needs to be found to funding moving forward. The capping of the top-up
to the January 2021 census count to 85% of the January 2020 numbers provides a
significant financial risk. We now find ourselves in the position whereby if attendance
does recover to the levels we saw in autumn 2020 (approximately 95%) the council
would have a significant shortfall in funding, affecting funding for the sector and their
on-going viability in the following financial year. This position is unsustainable.

We would also take this opportunity to reinforce the calls for both staff in the early years
and childcare and school sectors to be given priority for the vaccination. These staff
are being expected to work in situations where social distancing cannot be maintained,
where PPE cannot be worn at all times, and within which a number of individuals are
interacting. This is not just a plea of behalf of education staff: if they cannot be given
the protection now available from infection, the policy of keeping schools and nurseries
open to bolster the rest of the economy will fail and whilst the whole education sector is
doing everything it can to operate safely, it cannot discharge the Government’s “last to
close, first to open” mantra if faced with staff shortages.

In closing, we cannot emphasise enough the unsustainable position of the Early Years
and Childcare Sector not only in Kent but also nationally. Notwithstanding, of course,
that we are in a situation of unprecedented difficulty and challenge, the outpouring of
feedback and feeling from providers of all types about the different approach to them
and seeming recognition of their particular circumstances has been overwhelming. And,
in our view, their feelings are not just for their own safety, although that is important, but
for the sustainability of the mission they have been given to look after the nation’s
children and, so far as possible, to educate them.