Plans for changes to the Key Street and Grovehurst Road junctions in Sittingbourne have gone out to public consultation.

Currently an outline design, people’s feedback will help develop the detailed design before changes are made.

For Key Street, Kent County Council is currently proposing to:

The £5.8 million scheme will be fully funded through the Housing Infrastructure Fund (HIF) and contributions from developers. 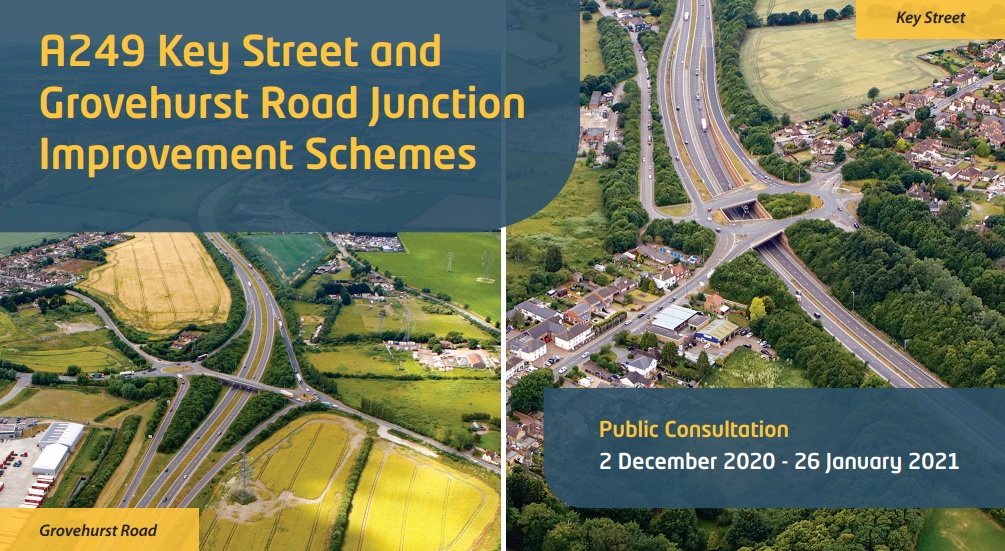 For Grovehurst Road, KCC is proposing to remove the existing two roundabouts at either end of Grovehurst Road and the A249 junctions and upgrade them to a single raised gyratory using two bridges over the A249

The Grovehurst Road works will cost around £32.8 million and be fully funded through HIF.

KCC Cabinet Member for Highways and Transport Michael Payne said: “We very much want to hear from people on these two schemes and for them to look at the proposals that are being put forward for changes.

“Both the Key Street and Grovehurst Road junction improvements are needed to provide the capacity to handle future growth in and around Sittingbourne.

“The upgrades to the junctions are needed to ensure that local communities and businesses can access the A2 and M2 without the significant congestion and queuing traffic on the A249 and surrounding local network.

“The junction improvements offer benefits to the local community in terms of reduced local journey times and less congestion.

“This isn’t just for vehicles either, we plan to make significant improvements to the existing walking and cycling facilities, designed to encourage these types of journeys.”

Some minor works took place over the summer to improve safety and address immediate congestion issues. This included the addition of traffic lights and a pedestrian crossing on the A249 northbound slip road and the introduction of road markings on the Key Street roundabout.

The consultation runs from today (Wednesday, December 2) to Tuesday, January 26.