A conman who intimidated people across Kent into paying for shoddy workmanship on their driveways, has been ordered to repay his victims a total of £68,330 in compensation.

A lengthy investigation by Kent County Council’s Trading Standards began in 2013 and led to 12 months’ imprisonment for Owen Saunders, of London Road, Wrotham, in June 2015.

The original criminal case involved four victims from Whitstable, who were conned out of £28,500 by Saunders, trading as Berkeley Driveways, for work which was so shoddy that an independent expert estimated the value to be just £271.

However, after the case concluded, KCC Trading Standards continued its investigation into Saunders’ activities and, after scrutinising his bank statements, identified numerous other potential victims.

More than 50 were contacted and, of these, 12 more victims came forward with details of the shoddy workmanship carried out on their driveways.

A Proceeds of Crime process finally concluded at Canterbury Crown Court on Monday (12 September) after the Trading Standards’ Complex Investigations Team produced evidence from victims which, in some cases, related to offending as far back as 2008.

Victims from the Whitstable, Broadstairs, Bearsted, Sevenoaks, Paddock Wood and Coxheath provided evidence of aggressive trading, shoddy workmanship and misleading actions with regards to Saunders’ companies, including Berkeley Driveways, which was based in Upchurch.

Saunders has 14 days to pay the compensation figure or face another 21 months’ imprisonment. He was also ordered to pay £63,036.56 in costs in 14 days to the County Council. 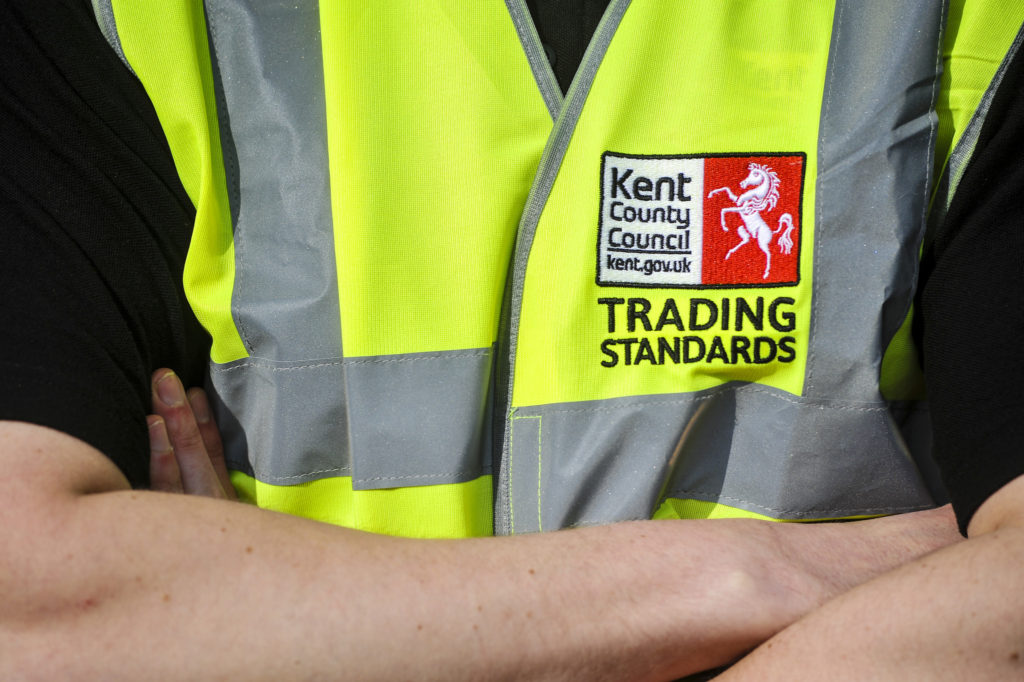 “Where we can show that criminals have financially benefited from their crimes our Financial Investigators will track down assets and present their findings to the Court.

“The Proceeds of Crime Act gives courts powers to make compensation and confiscation orders and we will ensure we use this legislation to the full effect where criminals target the residents of Kent.

“We recommend that residents always seek at least three quotes for work that you know needs to be carried out and do not be pressured to sign a contract until you are ready and willing to do so.

Mr Phillips described this as one of the worst cases KCC Trading Standards had investigated.

He added: “Saunders used aggressive tactics to get work, and then ignored customers’ rights by increasing charges partway through a contract, restricting customers’ rights to cancel, and carrying out poor workmanship, while charging far more than the work warranted.”