A recommendation to introduce charging for non-household waste at KCC’s Household Waste and Recycling Centres (HWRCs) has been endorsed.

KCC operates 18 HWRCs, providing facilities for the recycling and disposal of more than 30 different types of waste. 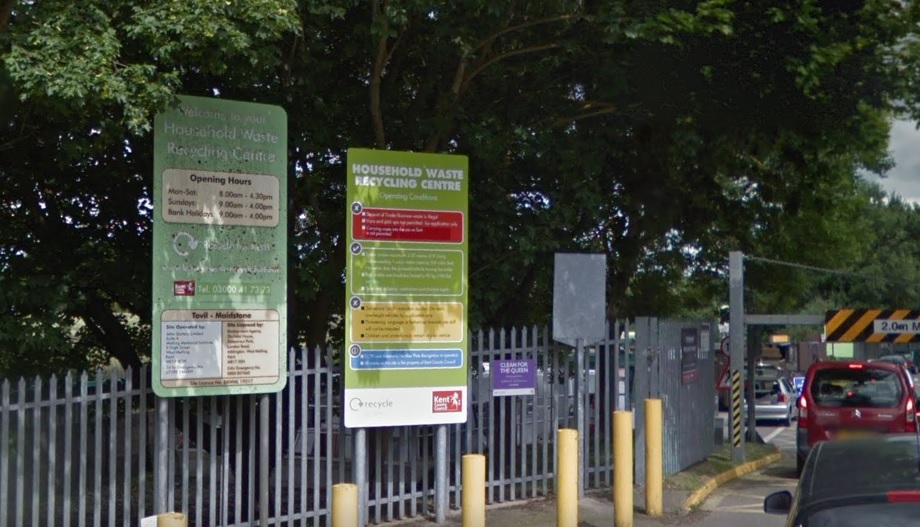 There is no obligation on the county council to take any waste other than a resident’s own household waste free of charge at HWRCs.

Soil, rubble, hardcore and plasterboard, even if originating from a domestic property, are treated as non-household waste.

Members heard that whilst other neighbouring authorities are closing HWRC sites to save money, KCC is committed to retaining the service.

East Sussex County Council, Surrey County Council and the London Borough of Bromley charge disposal costs for non-household wastes which, Members heard, encourages cross-border usage – for instance 12% of customers at Dunbrik in Sevenoaks are from Bromley.

Each year Kent’s household waste sites receive approximately 185,000 tonnes of waste and 3.5 million visits, at a cost of approximately £10 million to the taxpayer.

Their environmental performance sees more than 99% of Kent’s household waste now recycled, treated or recovered to produce energy, with less than 1% sent to landfill.

The majority of comments made during the consultation were concerned about an increase in flytipping, however, other authorities that have implemented similar schemes have not reported an increase.

As such, the report before Members on Thursday highlighted there was no significant evidence to link charging for non-household waste at HWRCs with increased fly-tipping.

In a National Association of Waste Disposal Officers survey of local authorities, of those that had introduced charges for non-household waste:

Following the meeting, a final decision will be made by KCC cabinet member Mike Whiting on whether to go with the recommendation thereafter.