Kent County Council is backing the national Stoptober campaign starting next month, supporting smokers to sign up and stub out.

With data showing that 15.2% of Kent residents are smokers, KCC is promoting the Public Health England campaign by reminding residents of the support services available in Kent for those who want to quit. 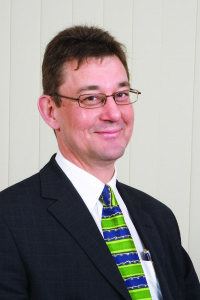 KCC Director for Public Health, Andrew Scott-Clark, said: “Although we are below the national average, we’re aiming for a Smokefree Kent by encouraging our smokers to take part in this year’s Stoptober campaign and take advantage of the quit kits, services and other resources which are available locally.

“Research shows that if you stop smoking for 28-days you are five times more likely to quit for good so this national campaign is always a very successful incentive for many.”

Suzanne Young, from Tunbridge Wells, was an active sportswoman before she took up smoking. Following the death of her boyfriend of 12-years from pancreatic cancer, the 42-year-old decided to quit during Stoptober.

She said: “I became angry with smoking. I thought how dare this cigarette be my bank balance so much, causing my lungs to feel so horrible in the mornings, and prevent me from living the healthy living me I know I once was!

“When Stoptober was approaching, I just knew the time was right, and I ordered myself a Stoptober pack and signed up to the Facebook page.

“I also got myself some nicotine patches and went to see my GP for extra support, I am so proud of myself and thankful to Stoptober for helping me to quit.”

Anne Ford, Assistant Director for Health Improvement for KCHFT said: “We know it can be tough to quit smoking but we are here to help.

“We offer lots of different types of support, from groups to one-to-one clinics, to support from your local pharmacy. We’ve helped thousands of people in Kent to quit smoking and be smokefree for life.”

Despite the fall in the number of smokers, many people find it hard to quit and tobacco remains the number one killer in England and a chief cause of long-term poor health with one in four hospital beds occupied by a smoker. 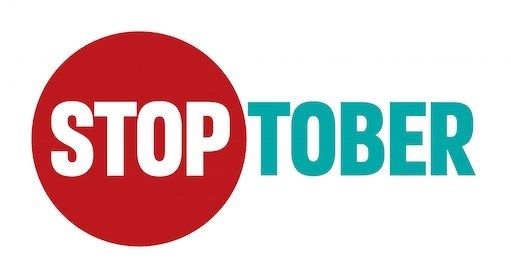 Encouraging people to quit smoking results in huge health benefits for the individual and huge financial savings for the health service. The annual cost of smoking to the NHS is estimated to be £2 billion a year.

KCC supports Stoptober as part of its Smokefree Kent campaign which features former smokers who live and work in the county, promoting the different support options available to those who want to give up cigarettes.

Adverts on social media highlight real life stories and local services such as pharmacies and NHS quit clubs and “do it yourself” quit kits and digital tools (such as mobile apps) to support people who want to quit independently.

You can find out more about KCC’s Smokefree campaign and sign up to Stoptober at www.kent.gov.uk/stoptober

Jason Mahoney, tobacco lead for Public Health England South East, said: “Stoptober is a perfect time for smokers to try and give up smoking – however many times they may have tried in the past.

“The annual campaign provides the perfect opportunity for family, friends and colleagues to work together towards quitting smoking for good.

“Now more than ever before there are a host of quit smoking aids and free support services available. I would encourage anyone thinking of quitting to make a plan and take part in Stoptober.

“Evidence shows you are more likely to quit with support from a local stop smoking service than of you try to go it alone.”

Rebecca Webb from Maidstone smoked 20 cigarettes a day from when she was 16-years-old but aged 25, she gave up after suffering from asthma as well as regular bouts of colds and bronchitis.

She said: “I stopped for four years after support from my local pharmacist but I then started again because I thought I could have just one. It took me a further two years to give up and I have now been smokefree for 10 years.”

The 41-year-old KCC Partnerships Officer added: “I wanted to say to those who have tried and failed to give up smoking before (no matter how long ago or how many times), just try and try again because they will get there eventually.

“It was the hardest thing I’ve ever done and I know now that I will never be able to have another cigarette again but it is worth it. I’ve also started running in the last four years and already done several 10km and a half marathon.”