It’s not every day you get to walk to school to the sound of a brass band.

For the children of St Francis primary school in Maidstone, marching the route to the gates with a trumpet, tuba, drum and a trombone in tow was the culmination of an active journeys competition.

It coincided with National Walking Month and tasked 10 classes from 10 schools to get walking, cycling or scooting to school.

Primary schools across the county competed to see who could achieve the most active journeys to school. 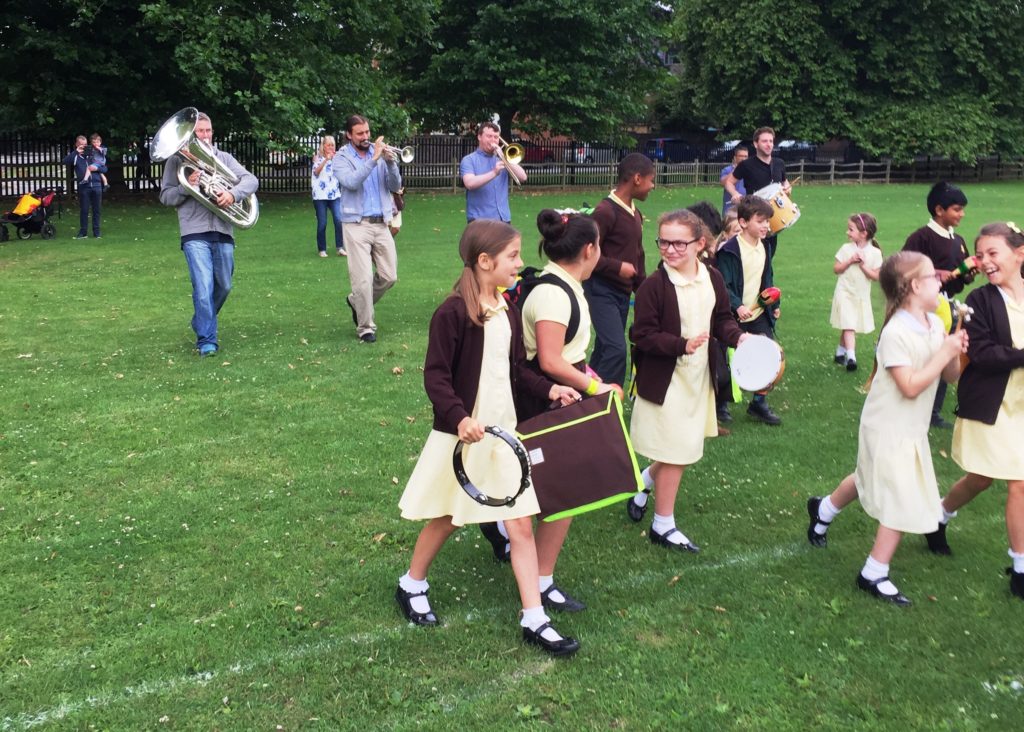 KCC Transport Planner Iona Rogulski, who organised the event, said: “Each class received a goodie bag to get them started which included reflective clips, wrist bands, water bottles and pencils.

“Classes also received a sticker chart to track their progress and teachers could log progress on the website to see a live leader board and see how they were doing in comparison to the other schools.

“The children, parents and school staff all loved it and we had the most amazing time walking to school together.

“I had asked their teacher to bring along any other extra instruments so the children could all get involved too and local residents even came out to wave us on and see what all the excitement was about.

“As we entered the school’s driveway, the whole school had come out to cheer Mrs Bull’s class and hear the band play. It was an absolutely brilliant event that I hope I can continue year on year for our winning schools.”

The three winners were:

Herne Church of England Junior School came second and won a scooterpod – storage for scooters – as well as each pupil receiving a pedometer.

St Francis Catholic Primary School in Maidstone won a brass band walk to school as well as a pedometer each.

Over the course of the month the children walked over 12,000 miles.

Schools that took part were: