KCC Chairman Graham Gibbens has raised just over £3,600 – more than twice his original target – for his chosen charity, Porchlight, with a four-day hike across the county.

He passed through 20 of the 72 KCC Divisions as he walked from Northfleet to Canterbury. 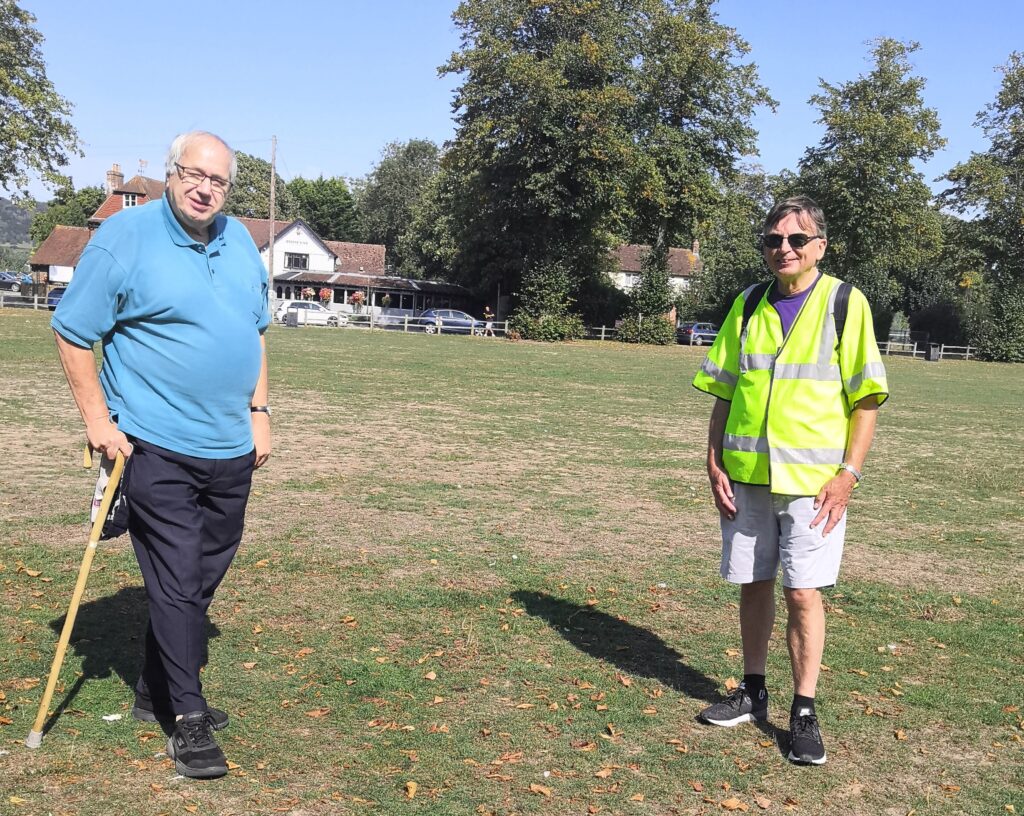 Above with fellow Member Ian Chittenden; and below with Member Andrew Bowles 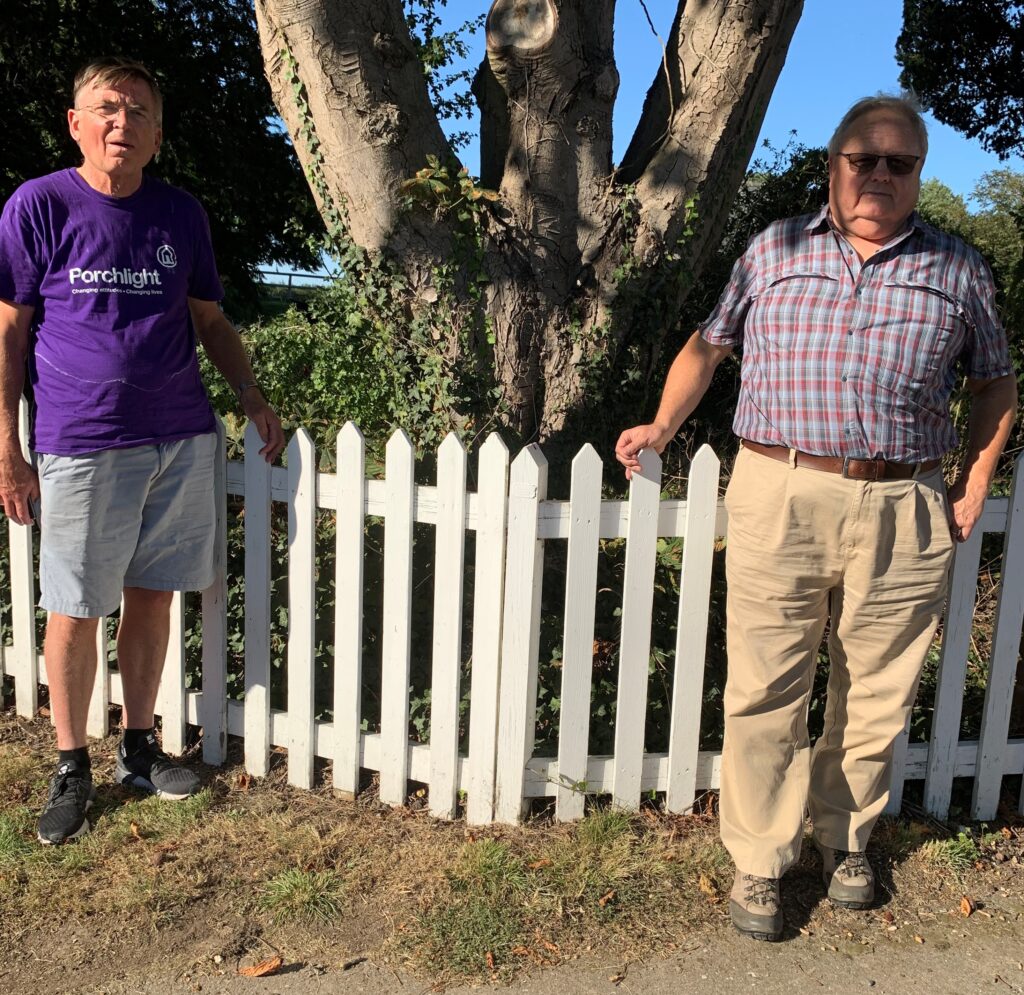 Setting off from Ebbsfleet Football Club, over the four days Mr Gibbens walked to Stansted via Dartford and Farningham; to Maidstone and then Thurnham; from there to Charing Hill; and on the fourth day he completed the final stretch to Canterbury Cathedral, where he was met by the Dean, Robert Willis, and Rachel van Hoven from Porchlight. 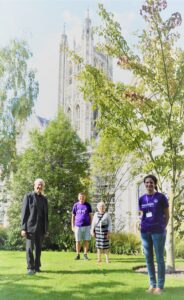 In normal circumstances, the Member elected as KCC Chairman has 12 months from their election in May to publicise causes that are close to their heart and discharge a civic role that involves visiting businesses, organisations and residents across the county.

Additionally, they have the opportunity to choose a charity and events are organised to raise money for those charities.

Unfortunately, the Covid pandemic has prevented Mr Gibbens from carrying out many of his duties in the normal way and reduced the opportunities for raising funds for his chosen charity.

After completing the walk, Mr Gibbens said he felt “absolutely fine” with no after-effects and he was delighted to find that he had more than doubled his fund-raising target.

He said: “I tried to include as many districts and KCC divisions as I could and I was extremely pleased that several Members, of all parties, made the effort to join me at various points on the route.”

Mr Gibbens has served as a Member at KCC for 19 years, during which time he has been Cabinet Member for Adult Social Care.

He said he chose Porchlight as his charity because “they have operations in every district across Kent and specifically focus on support to vulnerable people.

“Porchlight’s work includes homelessness and mental health – two areas that have always been of particular concern to me.” 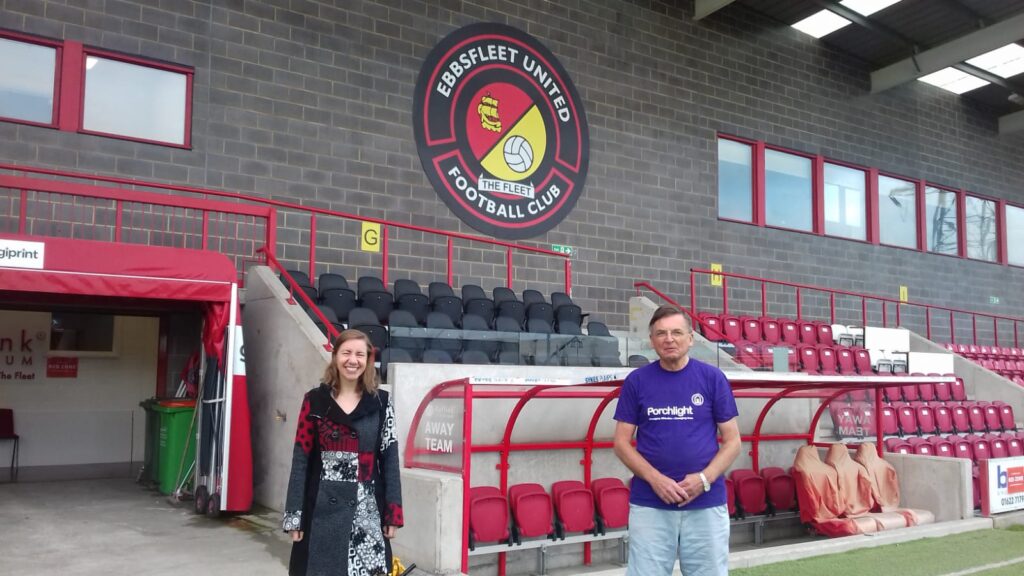 Graham Gibbens with fellow Member Dr Lauren Sullivan as he prepared to set off from Ebbsfleet.

Porchlight is Kent’s largest charity for homeless and vulnerable people.

They are there for people who have nowhere to go and no-one to turn to. Some are living on the streets, while others need support to prevent or resolve any issues that could put them at risk of homelessness.

They help people with their housing, mental health, education and employment so they can get where they want to be in life.

Porchlight is striving for a fairer society where vulnerable people find stability, the most excluded are included, and where homelessness and poverty are things of the past.