A celebration of children’s volunteering in the community saw them get a talk from an inspirational Paralympian.

The day was part of the recently launched campaign for youth social action ‘Step Up To Serve’ which aims to offer youngsters more opportunities to work within their community and making it easier for them to get involved. 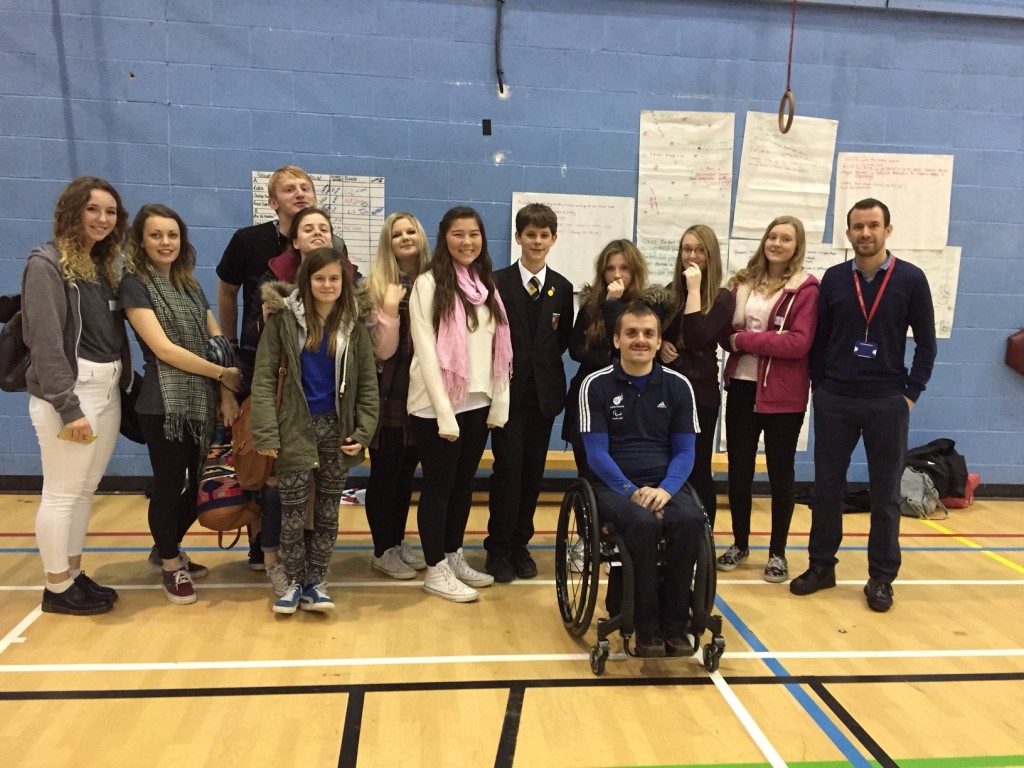 A celebration of children’s volunteering in the community saw them get a talk from inspirational Paralympian Andy Barrow.

The aim is to evaluate the impact of participating on young people to prove the correlation between youth social action and the outcomes on children’s lives.

The visit was supported by Voluntary Action Within Kent (VAWK), which is part-funded by Kent County Council, and hosted by Canterbury Academy’s PE Department.

Kent County Council Community Youth Tutor Kevin Mullins said: “Andy opened the day with a talk on how he went from his worst moment in life when, as an able bodied 17-year-old rugby player, he was left paralysed from the chest down following a scrum, to his proudest moment when he captained Team GB at the Beijing Olympics.

“He shared his successes and failures and highlighted the importance of having a passion in life, a positive mind-set, goals and making the most of the available opportunities.” 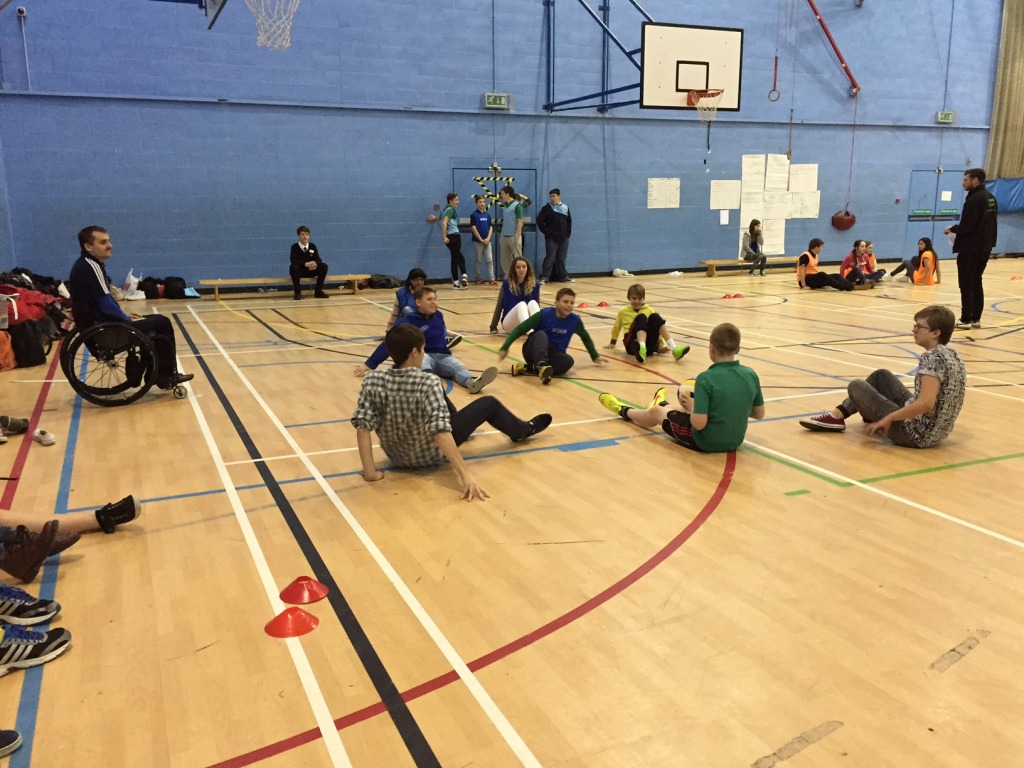 Activities throughout the day allowed the group to gain a better understanding of disability – such as the bum shuffle ball tournament.

The Social Action project, which sees the children giving up their time to help others in the community, has been a great success since starting in May, Mr Mullins said, and youngsters have experienced the value and benefit of volunteering.

The Academy students have fundraised to host a Christmas tea party for St Nicholas School students who access the school and will be running a reminiscing project with a local 60 Plus group which has links with the Academy.

Mr Mullins continued: “They have learned leadership and organisational skills as well as the importance of being committed to a task.

“They have selflessly given up their free time each week to work on tasks focused on providing positive experiences for others within their community.

“They have learned and gained as much as they have given. Their confidence and self-esteem has increased and they have formed new friendships with peer groups they might otherwise not have come into contact with.

“They have planned and hosted cake sales and activity days, sourced start-up funding and tried their hands at various roles along the way.”

Activities throughout the day allowed the group to gain a better understanding of disability – such as the bum shuffle ball tournament – and to look at their own strengths through the use of goals, aims and actions.

The Canterbury Academy and the Archbishops School were selected as two of only 15 schools in Kent this year to take part in the VAWK Youth In Action programme.

VAWK’s Youth Social Action Manager Kelli Gardner said: “We were delighted to work with Andy Barrow to celebrate the achievements that the pupils have made over the last year.

“The success has been partly due to the schools which have been supportive of this project.

“The pupils involved have given their time voluntarily to make a difference to their local community and it has also helped them develop their personal skills for the future. They should be very proud of their achievements.” 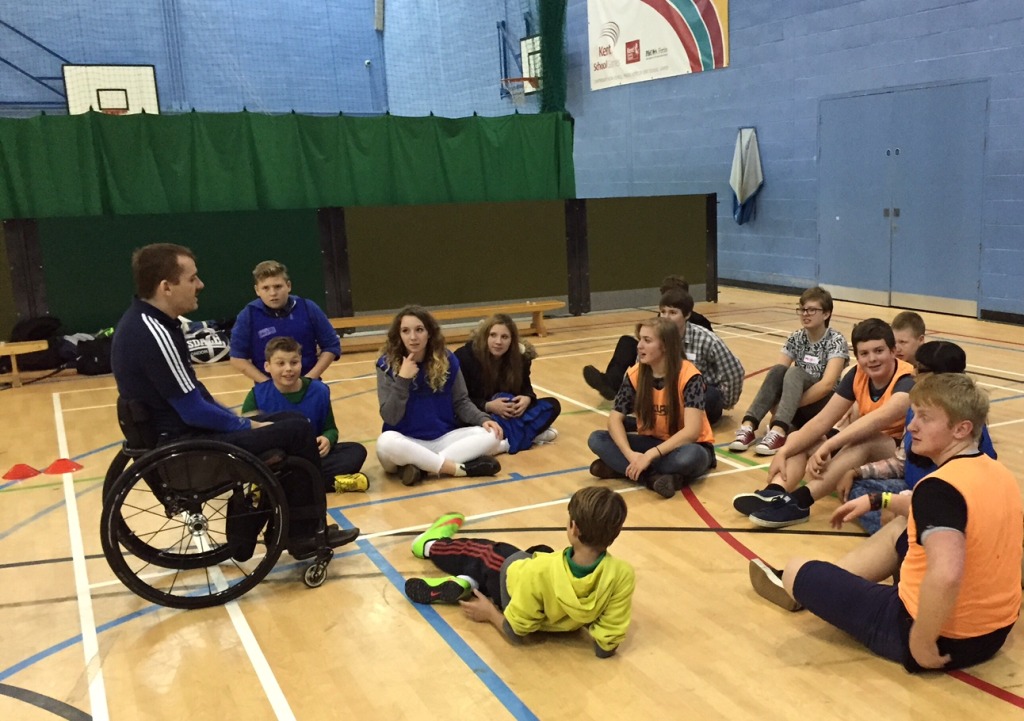 The Canterbury Academy and the Archbishop’s School were selected as two of only 15 schools in Kent this year to take part in the VAWK Youth In Action programme.