Kent County Council Leader Paul Carter has opened the refurbished restaurant at Towers School in Ashford which was named after him.

Carter’s Restaurant offers students from schools all over Ashford the opportunity to learn hospitality and catering skills as part of their vocational studies.

The restaurant is run like a business and it opened to the public on several weekdays. 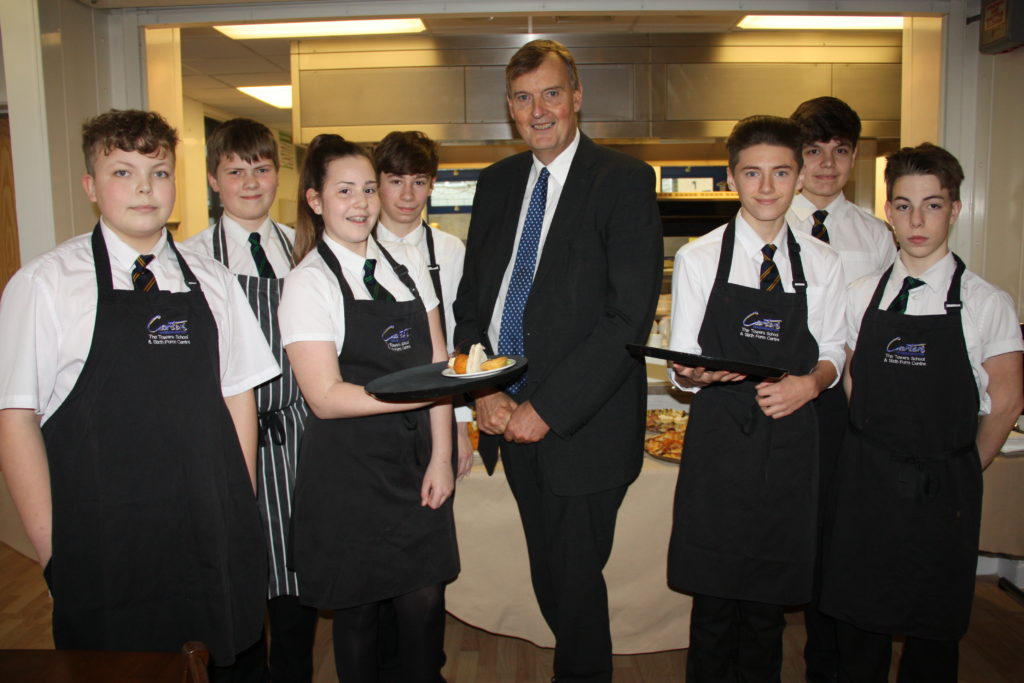 Paul Carter has opened the refurbished restaurant at Towers School in Ashford which was named after him.

Mr Carter said: “Of course I am extremely honoured that this fantastic educational facility has been named after me, but it is what goes on here in the building that counts.

“State of the art facilities like this restaurant and kitchen are offering students who may not want to pursue academic careers the opportunity to learn real life skills that will equip them for the world of work and give them more choice and opportunities in the future.”

Deputy Head of Faculty at Towers SchoolTory Collick said: “We were asked to reopen the restaurant by public demand as it had become a popular part of the local community.

“We’ve made it more informal, more adaptable for different occasions and the year 9 to 11 students have also created a more exciting menu.”

There are plans to develop Carter’s Restaurant as an apprenticeship opportunity in the future and to make it a centre of excellence for catering and hospitality in Kent, particularly for post 16 students.

Year 11 student Jacob Molloy, who helped cook and serve the food at the official re-opening, said: “I love it here. Working in a professional type kitchen and serving people in the restaurant is teaching me life skills that I will definitely use in the future.”