Kent County Council has set out its position on the preparedness for effectively implementing Brexit and calls for the Government to take action to better co-ordinate implementation and contingency planning across all national and local partners. 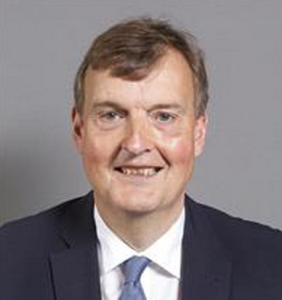 Leader of KCC Paul Carter says contingency plans must be put in place to minimise disruption on strategic routes through the county and that an alternative to Operation Stack must be found before new border and customs arrangements are introduced.

A position paper, that will be presented to Kent County Council on 12th July 2018, insists the Government must accept that investment in infrastructure and services to support the future operation of borders, customs, ports, highways and trading standards must be met in full.

Paul Carter claims Kent faces an increased risk of ‘direct harm’ if the UK-EU negotiations do not allow for trade that is ‘as frictionless as possible’, as increased border and customs checks will have an impact on the Kent highway network.

“We very much support the Government in its negotiations with our European colleagues on a Brexit deal,” said Paul Carter.

“Understandably there is no certainty as to what the detail of the arrangements will be. Kent, as the major point of entry into the UK, will experience a far greater impact of any change to border and customs arrangements compared to other areas of the UK.

“However, if negotiations do not go as planned and there are delays at the point of entry, Kent will undoubtedly be exposed to disruption.

“KCC very much hopes that frictionless borders can be maintained which will not lead to delays and disruption at the ports. However, should this disruption arise, contingency plans covering ports and highways infrastructure need to be in place to minimise the disruption of Kent residents and businesses.

“We all know the massive impact of Operation Stack and the closure of the M20 in August 2015 caused to the Kent economy. We need to make sure that, working with central Government and with the help and co-operation of our partners, that these contingency plans do everything possible to avoid closure of the main strategic routes across the county.”

Negotiations over a UK-EU Brexit deal are ongoing; the Government expects arrangements to be signed which leaves the borders “as frictionless as possible” and KCC supports the Government in that endeavour.

However, Kent’s position as the gateway to Europe means that the county faces increased risks if the conclusion of UK-EU negotiations does not deliver this. Any increased border and customs checks could lead to delays and long queues of port freight traffic which could ultimately lead to Operation Stack being implemented, with the M20 being closed in part or in both directions. 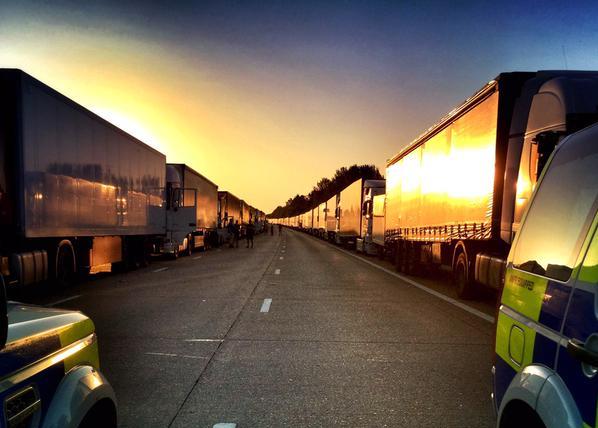 It has been the authority’s long-term objective to avoid this disruption to the Kent highway and to keeping the whole of the strategic network open at all times. We need to avoid the dire consequences experienced in 2015 which impacted on the Kent economy and more broadly on the national economy.

KCC officers have positively engaged with the planning arrangements that the Government has put in place to consider these matters.

However, uncertainty means inevitably plans still need to be resolved, with some concerns that multi-agency working across government departments and with Kent needs to be enhanced. This covers more than just port delays and avoiding Operation Stack and includes:

Regarding Operation Brock, the replacement to Operation Stack, the report outlines that it is essential there is a robust, workable implementation plan that utilises all available resources.

Since 2015, Stack has been avoided through the effective deployment of Dover TAP and increased lorry parking being available at the Port of Dover and at Eurotunnel. KCC urges the Government to consider making further resources available including the opportunity of additional TAP on the A2 near Lydden and to exploit the Department for Transport’s (DfT) investment in Manston.

KCC is continuing to work with Highways England on their proposals for an interim traffic management proposal on the M20 which is currently out for consultation.

The report also calls on Government to consider whether any additional powers in legislation are required to ensure that all national and local agencies have the necessary authority to take emergency action to ensure the free-flow of traffic.

This could support Kent Police, alongside additional technology and the cooperation of neighbouring Police forces, to stagger the arrival of lorries into Kent.

Close co-operation will be needed along with sufficient funding and manpower to maintain free flowing traffic as far as is possible. Consideration should also be given to a system of effectively holding freight at its point of origin or specific hubs when port capacity is limited.

The Government should engage with port operators and the logistics sector to develop an integrated strategy and commit the necessary infrastructure investment. It should also consider investing in Kent’s wider port infrastructure, including Sheerness and Ramsgate, to provide additional resilience to the County’s infrastructure.

Kent Trading Standards play a critical role in enforcing product safety domestically and at the border, ensuring the efficient processing of referrals from UK Border Force and National Trading Standards. If there is a greater number of vehicles subject to inspection under new customs arrangements, demand for Kent Trading Standards services will increase and require substantially greater capacity.

To provide the additional Trading Standards officers with the appropriate training will take time and resource. Government should fully fund the impact on Kent Trading Standards and Kent Scientific Services to respond to any increased cost and demand pressures. 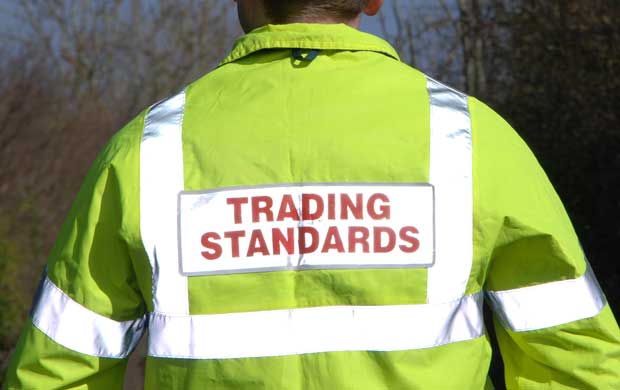 Importantly, and irrespective of any deal agreed with the EU on customs, the operation of borders and customs on the Continent is a matter for national governments not the UK/EU negotiations.

Alongside UK preparations, the effectiveness of the border and customs operations at the Continental Ports is essential to maintaining freight fluidity at Kent’s Channel Ports and free-flowing traffic on Kent’s highways. The UK Government should strengthen its bilateral engagement with the respective national governments to agree the practical arrangements and necessary investment.

The UK has previously successfully agreed bi-lateral treaties with France (including Le Touquet and Sandhurst) that have ensured effective border arrangements for the movement of people, and it should consider similar bi-lateral treaties for goods in support of the effective implementation of a UK-EU deal.

A number of immediate priorities have been identified:

• KCC will continue to pro-actively work with the Government in developing and co-ordinating its implementation planning for Brexit, including supporting the Kent Resilience Forum work on scenario and contingency planning.
• KCC will work with Highways England and the Department of Transport on their proposals for an interim traffic management solution and a permanent solution to Operation Stack which maintains free flowing access to the Queen’s highways.
• KCC will urge the Government to invest in Kent’s wider port infrastructure to enhance the county’s resilience.
• KCC will seek the Government’s commitment to fully meet the direct costs of new burdens and demand pressures because of Kent’s exceptional position, through a short-term direct grant and the UK Shared Prosperity Fund.

Kent county councillors will be asked to endorse the council’s position on preparing for Brexit at the full council meeting on Thursday 12th July.

“We go forward in the hope and expectation that these well thought through plans around Operation Stack and alternative solutions won’t ever have to be implemented,” said Paul Carter. “However, the county of Kent and the country must be prepared for all eventualities.”