Kent County Council (KCC) and partners have launched a new campaign – “Do You Know Your Status?” – in a bid to increase the number of people getting tested for HIV.

Over the last four years*, there has been a consistent increase in the diagnosis of HIV among people aged 15 to 59-years-old in Kent and Medway, with around 80 new cases diagnosed each year. Of these, half were diagnosed in the later stages of the disease.

As part of a European-funded project, KCC is joining with other health providers to show how important it is to test for HIV as late diagnosis is one of the biggest contributing factors to illness and death for people with the disease.

Early diagnosis is important so people can start treatment if they need to, look after their own health and take steps to ensure they don’t pass the virus on. The key to early diagnosis is to get people to recognise if their behaviour has put them at risk in any way and if there is even the slightest chance it could have, get a test.

KCC Public Health Consultant, Faiza Khan, explains that the campaign is also important because of the hidden undiagnosed HIV cases. She says: “The number of cases of HIV in Kent is rising and we know that part of the reason is because of late diagnosis. Simply put, people with HIV are more likely to pass it on and infect someone else if they are unaware they themselves are infected. Late diagnosis also reduces the chances of controlling the effects of HIV on the body. Early diagnosis is, therefore, vital if we are to control the spread of the infection and to give those living with HIV the best quality of life possible.”

The campaign, part of a wider two-year European project, is being run in partnership with Medway NHS Foundation Trust, Maidstone and Tunbridge Wells NHS Trust, Kent Community Health NHS Trust and Canterbury Christ Church University. The project has attracted nearly £400,000 of European funding and seeks to understand the reasons behind late diagnosis of HIV and to promote HIV testing among people who may have placed themselves at risk, even if it was only on one occasion.

Commenting on findings from the ongoing IMPRESS Health 2 study, Dr. Stephen O’Connor from Canterbury Christ Church University said: “The variety of people affected by HIV has changed dramatically since the virus first appeared. More heterosexuals were diagnosed with HIV in Kent and Medway in our study than men who have sex with men (135 versus 88), but more worrying is the fact that heterosexuals, both males and females, are more likely to be diagnosed later with HIV than members of the ‘better informed’ gay community (64.4% versus 50%), often because they, and many healthcare professionals still associate HIV with gay men, intravenous drug users and sex workers. The study showed that GPs often fail to consider HIV as a possible cause for HIV related health problems and positively discourage some from having an HIV test at the appropriate time because of these outdated and misinformed assumptions.”

The campaign will have a greater focus in those areas of Kent that have the higher rates of HIV diagnosis – Ashford, Medway, Gravesend and Dartford. Faiza Khan adds: “We know that the highest group where we see late diagnosis is the heterosexual community, particularly older men, and this is most prevalent in a number of our larger towns. I urge people who think they may have put themselves at risk of HIV at any time to act quickly and get a test done at one of the many clinics and centres across Kent and Medway.”

The campaign focus is based on hard hitting facts. These are used as some of the headlines that will make people really think about if they have been put at risk in any way:

The campaign will run for the whole month of November, featuring on outdoor posters, leaflets, social media, and a dedicated website www.areyouatrisk.clinic #GetHIVTested. Sexual health clinics, sometimes referred to as genitourinary medicine (GUM) and Contraception and Sexual Health (CASH) clinics throughout Kent and Medway offer regular, confidential walk-in services. However, during November, a Mobile Clinic (also known as the Blue Bus) will also be offering a confidential walk-in “60-second test” at various town centres.

*Figures from 2010 to 2013 which is presented as the Prevalence of diagnosed HIV infection per 1,000 population among persons aged 15 to 59-years-old. 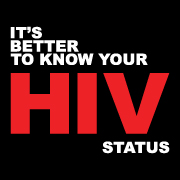 “Do You Know Your Status?” campaign to raise HIV awareness was last modified: November 19th, 2014 by Gemma Smith