A consultation has been launched on a scheme which could see a roundabout built at the South Aylesford Retail Park junction of the A20 London Road.

The consultation says removing the traffic lights will improve traffic capacity, though the controlled pedestrian crossing points will need to be slightly further back along the approach arms. 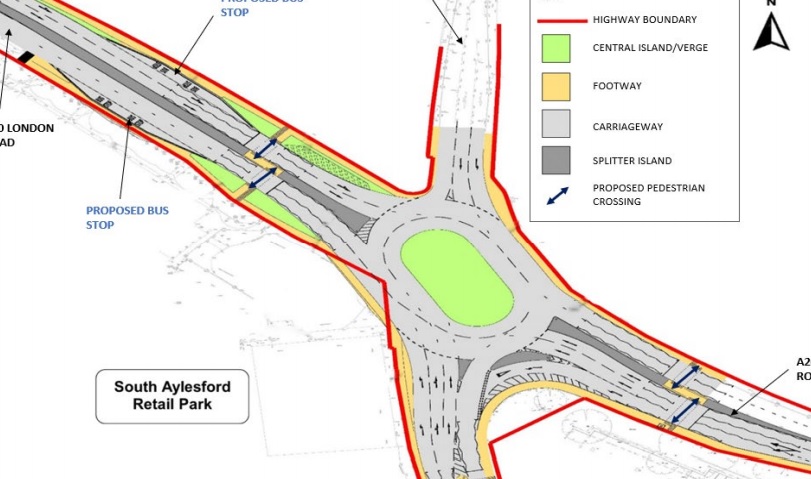 Traffic modelling up to 2031 shows the junction will operate better as a roundabout and will have no queues greater than seven cars during rush hour.

The queues on Hall Road are predicted to be just four in the morning peak and two in the evening.

KCC Cabinet Member for Highways and Transport Michael Payne said: “This £3.5 million scheme, together with the new Coldharbour Roundabout scheme, has been designed to accommodate the potential increase in traffic over the next 30 years, including the proposal to build new housing on the White Post Field off Hermitage Lane.

“The scheme would include new sustainable drainage designed to reduce flooding on London Road and the proposed roundabout has been designed to retain the existing bus stops.”

KCC plans to start construction on Coldharbour Roundabout first in spring 2021 and, if agreed, beginning this scheme in summer 2021.

Both will take approximately one year to complete.

To take part in the consultation, which closes on March 18, visit www.kent.gov.uk/a20londonroadaylesford