Kent County Council is launching a consultation into highway improvements on the A20 at Harrietsham.

The plan is to create a more pedestrian friendly environment and improve links between the new housing development sites, the existing housing and village centre.

Proposals include a reduction in the speed limit from 40mph to 30mph, constructing new pedestrian islands, upgrading the pelican crossing to a toucan crossing and widen the footpath along the A20 through Harrietsham to provide a shared footpath and cyclepath.

The consultation launches on Monday, February 12 and finishes on March 18. 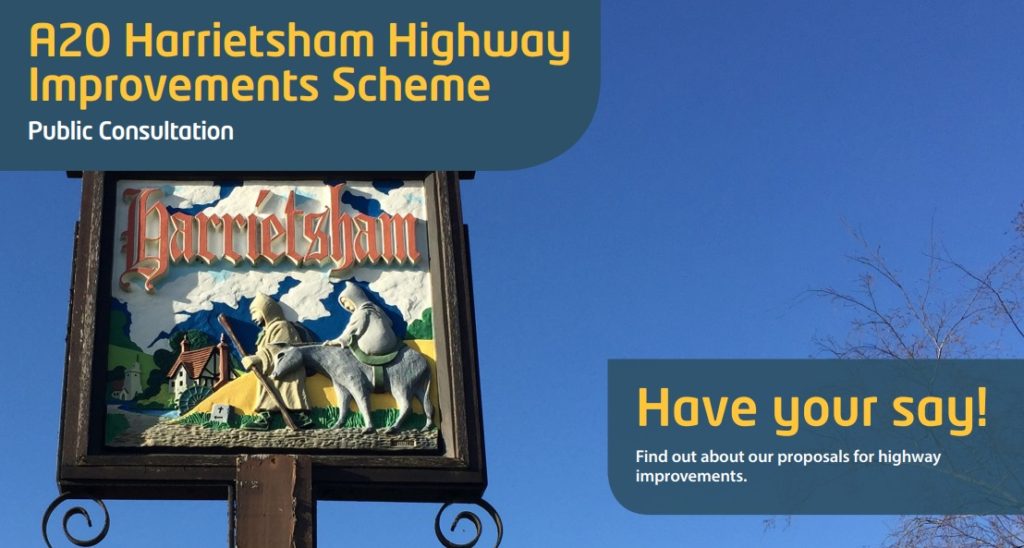 KCC plans to design and deliver the improvements using up to £925,000 of developer funding secured via planning obligations.

There are also proposals to extend the 40mph area to provide a buffer zone at each end of the village.

If the decision is taken to reduce the speed limit it would mean a full review of the existing street lighting will be undertaken.

The consultation comes as three large estates are being built and the existing footpath is currently narrow and in poor condition.

The aim is to improve the quality of the existing highway, make it safer by reducing traffic speeds and providing pedestrian crossing points and a cycle facility.

KCC’s project team, are working together in close liaison with Maidstone Borough Council (MBC), Harrietsham Parish Council as well as the housing developers.

This project is likely to be implemented in stages as it is funded from developer contributions.

Two events will also be held for people to chat to the team behind the plans:

If agreed, KCC will complete the detailed design with construction planned for early summer 2018.

For more information and to take part visit www.kent.gov.uk/a20harrietsham