Work on a £9.5 million link road scheme in Gravesend has been officially opened by KCC Chairman David Brazier.

The link road, running between Stone Street and Darnley Road, is two-way and has a pavement for both pedestrians and cyclists to easily reach the station.

A path leads from the car park to a crossing allowing people to easily reach the station. 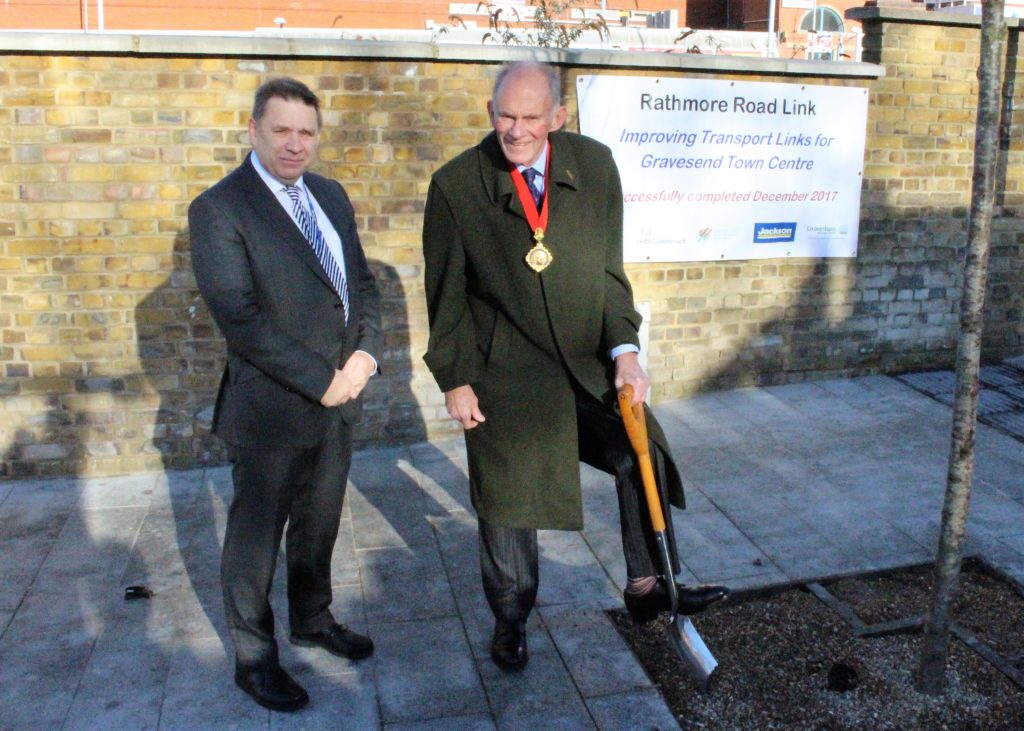 Mr Brazier said: “This scheme will provide improvements for traffic, public transport, pedestrians and cyclists, users of the station and not least in improvements to the public realm.

“We were allocated £4.2m of Local Growth Funding by the South East Local Enterprise Partnership together with £4.3m from the Kent Thameside Strategic Transport Programme.

“Looking at the scheme now and thinking back to how tired the area looked before I am sure that you will agree that it is a vast improvement.

“I particularly want to thank our own KCC staff and our consultants Amey.

“It takes a lot of effort and commitment to take a scheme from concept, through planning and on to construction. Gravesham officers have also been exceptionally helpful and supportive.

“The site team have been able to build difficult infrastructure and still keep Gravesend town centre ‘open for business’. Inevitably there have been periods of inconvenience and we are grateful for the patience of local businesses.

“Finally, I would like to thank Jackson Civil Engineering who have built the scheme and particularly their site liaison officer who has done marvellous work keeping the town users and business community informed.” 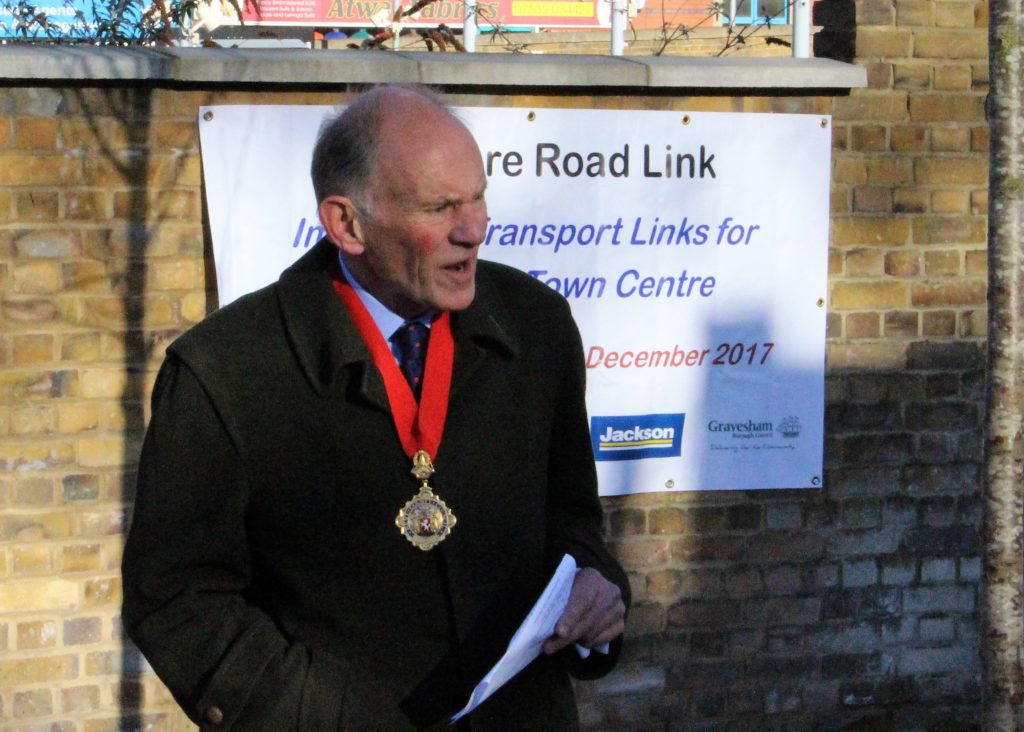 Clive Road is now a cul-de-sac with a connection to Barrack Row for buses and cyclists only.

People are still able to use it for access to the north side of the station, station car park and the Thamesgate car park.

“Working in partnership with both organisations throughout, we’ve delivered the project using a strong local labour force, and we’ve been able to give something back to the community through the fantastic street art project we did back in March. This is a scheme that we’re really proud of.”

Gravesham Borough Council Leader David Turner said: “This project has always been part of our vision for a transport quarter in Gravesend and now this work is complete Rathmore Road will contribute to huge improvements to the immediate area and the town as a whole.

“The project has also provided an improved public realm on Clive Road and the old Rathmore Road to give better streetscape and continuity with Community Square.” 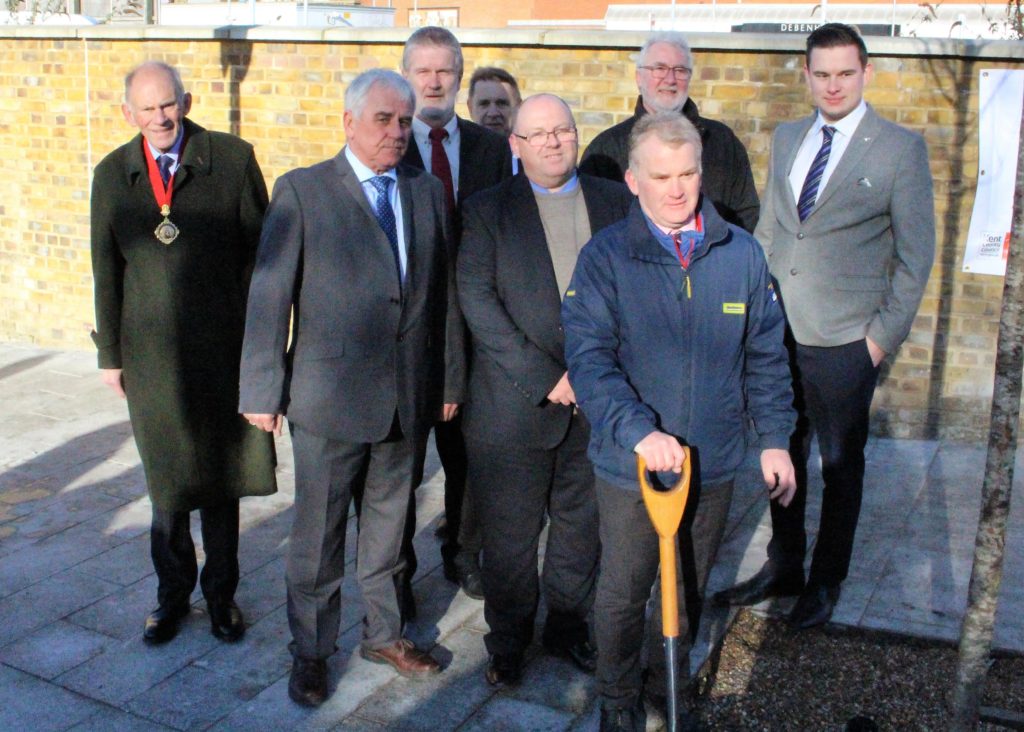