Smuggled and counterfeit cigarettes and tobacco, valued together at nearly £75,000, have been seized by KCC Trading Standards officer in raids on seven shops in north Kent.

Two sniffer dogs were used in the operation at premises in Gravesend and Dartford.

The biggest seizure was from a shop which had a purpose-built, hidden hole in the wall of the basement storage room, which would not have been found without a specially trained Springer Spaniel’s sense of smell. 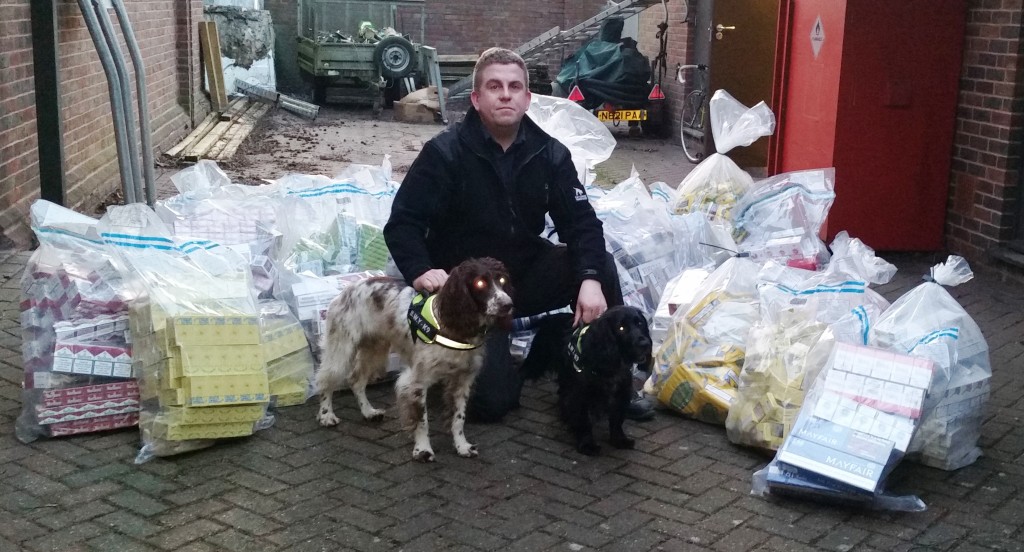 Five of the seven premises had illicit tobacco seized from them; one shop was believed to have cleared away all its stock before officers arrived, but it had the same storage facility under the counter.

KCC Trading Standards Manager, Richard Strawson, said: “We continue to work to drive out this illegal trade because smoking is one of the biggest causes of ill health and illicit tobacco makes a serious issue worse. The controls on safety standards, which apply to legitimate traders, are not carried out.

“Sniffer dogs are used because they can be vital in these kinds of cases as the tobacco is often hidden behind false walls or in secret drawers.” 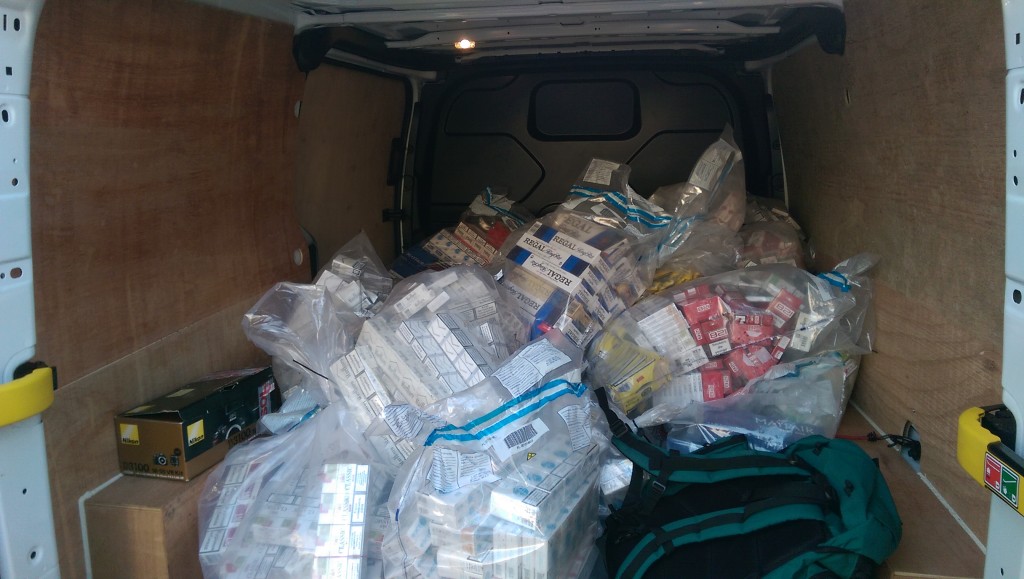 Handler Stuart Phillips said: “We were delighted to be involved in this operation and are pleased with the results. Large finds like this don’t happen often.

“We have been involved in several raids of this kind across the country and the discovery of 80,000 cigarettes in one of the shops was the second biggest single haul we have found – and the biggest was in a lorry.”

HMRC were kept informed about the investigation and the planned raids and were happy for KCC Trading Standards to make them without their involvement.

Investigations are continuing by both Trading Standards and HMRC following the seizures. 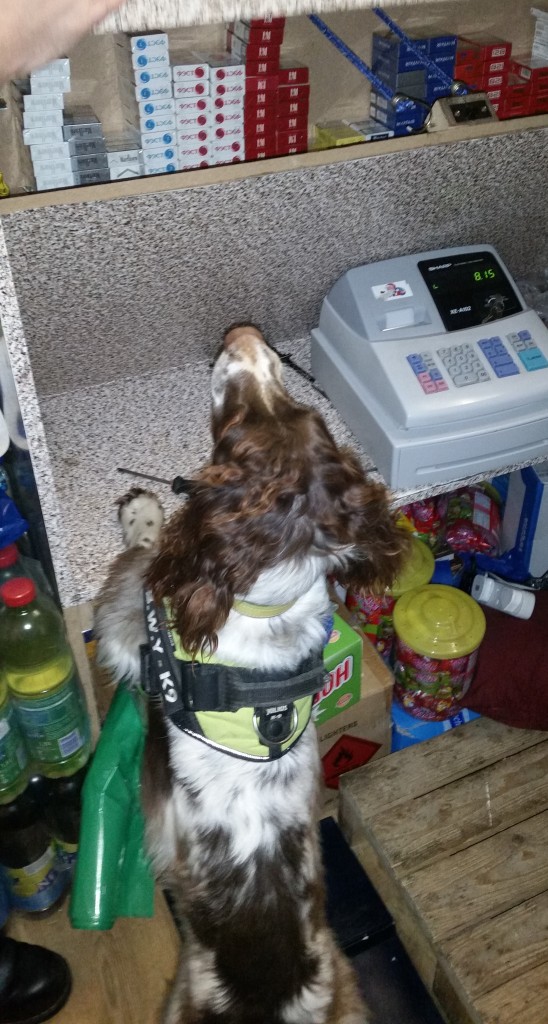 The secret hiding place found in one of the shops